A Lesson for Third, Fourth, and Fifth Graders 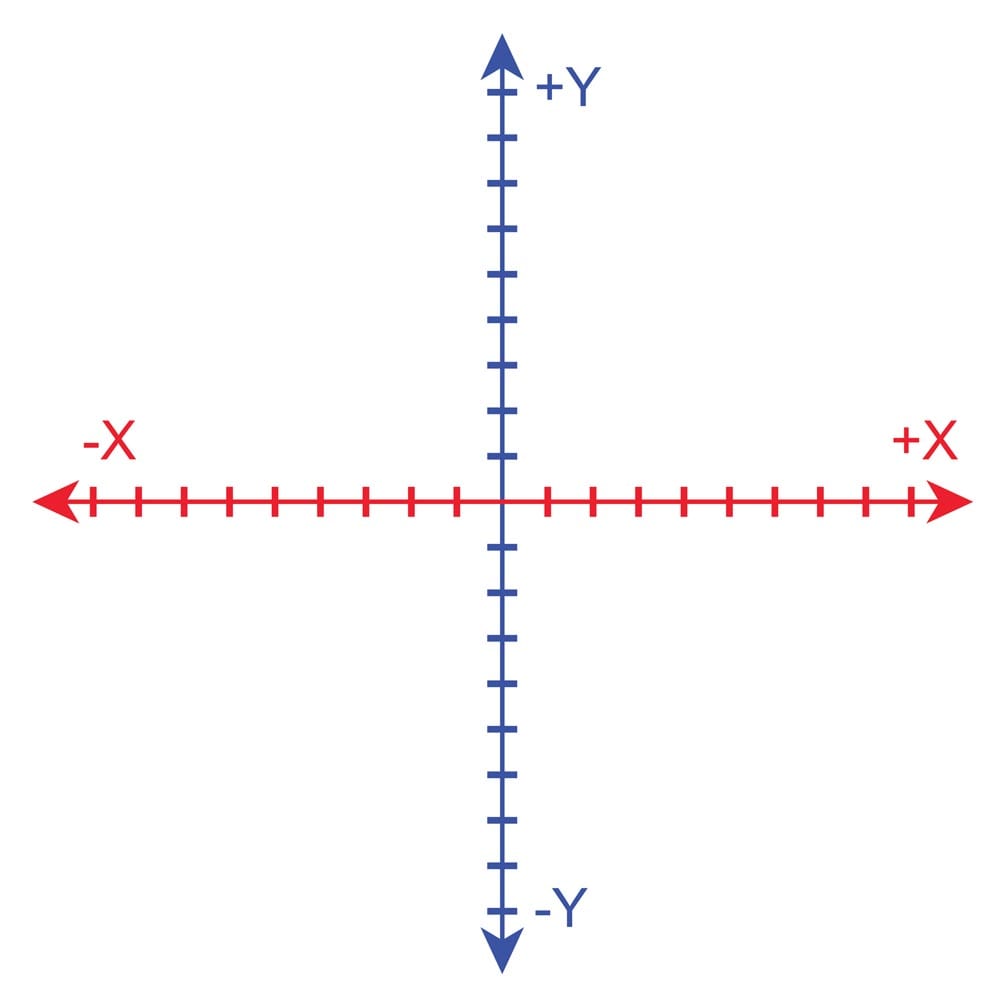 Along with teaching students how to use ordered pairs of numbers as coordinates to plot points, this lesson gives students background understanding about our system of graphing and helps them see how axes — intersecting perpendicular number lines — make it possible to locate points anywhere on a plane. The activity appears in Maryann Wickett, Katharine Kharas, and Marilyn Burns’s Lessons for Algebraic Thinking, Grades 3–5 (Math Solutions Publications, 2002).

I distributed to each student a sheet of lined notebook paper with a red margin ruled down the left side. Then I projected an overhead transparency of the lined paper. I traced over the fifth line from the bottom and drew an arrow at the right end of the line to indicate that it could be extended.

“Trace over a line near the bottom of your paper as I did on mine,” I said. I wanted the students to work on their own papers rather than merely watch me demonstrate.

I marked a point along the darkened line about one line space away from the red margin line and labeled it 1. “This point is where I’ve located the number one,” I explained. “Please mark a point on your paper at approximately the same spot.”

I then said, “Now just watch. Don’t mark your paper yet.” I marked two more points, each the same distance apart as the first point was from the red margin, and labeled them 2 and 3.

“What do you notice about how I marked the points on the number line?” I asked. “The numbers go up by one,” James shared.

“Yes, that’s how I tried to space them,” I confirmed. I then marked a point on the darkened line near the right edge of the transparency and said, “I don’t think that it would be right to label this point with the number four. Who can explain why I think this?”

“Why do you think that?” I probed.

“Because one, two, and three come one right after the other, and you put four way down the line.”

“I’m using my baby finger to make the spaces about the same,” Cami commented as she worked.

I marked two more points on the overhead transparency. The students told me to label them 4 and 5. I did so and asked them to do the same on their papers.

I then marked the point to the left of 1, where the number line crossed the red margin. “What number should I use to label this point?” I asked.

“Zero,” the class responded. I labeled the point and asked the students to mark and label 0 on their number lines.

I then gave the students some historical background. “Rene Descartes was born in France more than four hundred years ago and is sometimes called ‘the father of modern mathematics.’ One of Descartes’s mathematical inventions was to figure out a way of locating points anywhere on a plane, which is a flat surface like the piece of paper lying on your desk. Descartes’s idea was to use two number lines, one going horizontally, like the one you’ve just made, and another going vertically. Then one number tells how far to go over on the horizontal number line and the other tells how far to go up or down on the vertical number line. Just as an address tells exactly where you live so that the mail carrier can deliver your mail, each point on a plane in Descartes’s system has an address, and each address is a pair of numbers.”

“How do we make another number line?” Beatriz asked.

“On this paper, we’ll use the red margin for a vertical number line,” I said, drawing with a red marker over the margin on my overhead transparency. “The handy thing about lined paper is the lines are spaced equally so we can label the points where the red margin and blue lines cross, or intersect.” Intersect was probably a new word for some of the students, but I didn’t define it. I find that children learn what a word means from hearing it used in context. I marked and labeled points on the margin line and waited for the children to do the same on their papers.

I pointed to where the two number lines met and said, “This point is called the origin. We use this intersection as our starting place when we locate points. Since it’s located at zero on both number lines, its address is (zero, zero).” I wrote origin on the board and (0, 0) to model for the students how to write the coordinates in parentheses.

I then marked the point (2, 1) on the overhead transparency (see illustration on next page). “If I start at the origin and want to locate this point, how far over to the right do I need to go and then how far up?”

“You go two over and one up,” Audrey said.

“So the address for this point is (two, one),” I said. On the board, I wrote (2, 1). Then, to explain this again, I put my marker on the origin and said, “I start where the two number lines intersect, the origin. Then I count two over and one up, and I land on the point I marked.” I did this, counting aloud. “The point’s address, (two, one), tells exactly how to get there from the origin.” The students marked this point on their papers, and I checked to be sure they all did it correctly.

“Here’s another point,” I said as I marked a point at (3, 2) on the coordinate graph. “Who knows its address?”

“(Two, three) and (three, two) will get us to two different places on the graph,” I said. “Let’s check (two, three) first to see where that gets us. We start at the origin, count over to the right two, and then up three,” I said as I modeled counting over two and up three on my overhead transparency. “Did we land on my point?”

“No,” the class responded.

“So let’s try (three, two),” I suggested. “Start at the origin and count to the right three and up two.”

On the board I wrote (3, 2) and asked the students to mark the point on their papers. “The order of the numbers is very important,” I said. “These number pairs are called ordered pairs.”  Under origin, I wrote ordered pair.  Then, underneath, I wrote coordinates.  I explained,

“Coordinates is another name for the pair of numbers. Each of the numbers in the pair is called a coordinate, and every point has two coordinates.”

I then wrote (3, 5) on the board, demonstrated how to locate the point, and had the students mark their papers. (If the students still seem confused at this point, I continue with more points.)

Next I marked the point (0, 2). “Who knows the coordinates for this point?” I asked. I called on Andrew.

I recorded (0, 2) and said, “We usually write the coordinates in parentheses, like this. Mark the point for (zero, two) on your paper.”

I then marked a point three spaces to the right of the origin and one space down. “What do you think are the coordinates for this point?” I asked. We hadn’t studied negative numbers, but some children had heard about them.

“You could also say, ‘(Three, negative one),’” I commented. “You’ll learn more about negative numbers in middle school and high school.”

I then said, “After thinking about Descartes’s system for locating points on a sheet of paper, I realized that it’s much easier to plot points on graph paper than on notebook paper. Who has an idea about why this is so?” I said.

Brianna said, “With the graph paper, you have the lines going both ways.”

Michael said, “It’s hard to be exactly sure where the point is on the lined paper. You can be exact on the grid paper.”

I removed the overhead transparency of the lined paper and replaced it with a transparency of half-inch squares. “When you use graph paper to plot points, first you have to draw number lines so that you know where the origin is,” I said, darkening a horizontal and a vertical line. “Each number line is called an axis. You have to draw the two axes.” I wrote axis and axes on the board.

I pointed to the (3, 5) I had written on the board and said, “Who would like to come up and locate the point for (three, five)?” Armando placed the marker at the origin, counted over three, then up five, and marked a point.

I then distributed a sheet of half-inch graph paper to each student. “First draw your two axes,” I said.

“Do we write the numbers in?” Nina wanted to know.