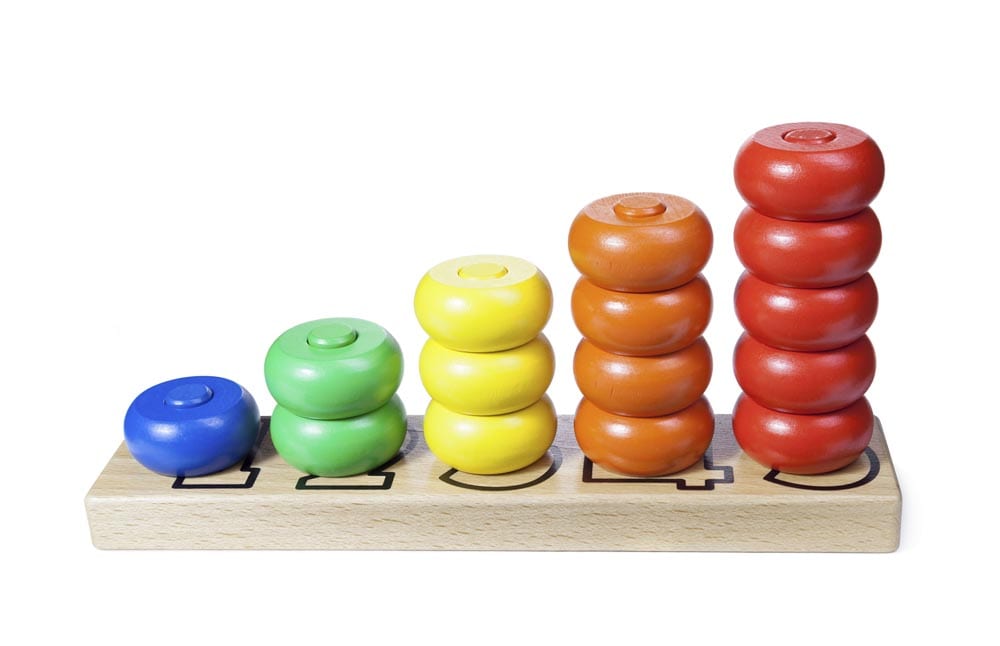 A Lesson with Kindergartners and First and Second Graders

The concepts of more, less, and the same are basic relationships contributing to the overall concept of number. In this activity, students gain experience with these concepts and are also asked to think about part-part-whole relationships. (For example, students see that when twenty two-color counters are tossed, a variety of combinations of yellow and red can result: ten red and ten yellow, nine red and eleven yellow, and so on.) More or Less? is excerpted from Rusty Bresser and Caren Holtzman’s Minilessons for Math Practice, Grades K–2 (Math Solutions Publications, 2006), a book that provides multiple opportunities for students to practice and deepen their understanding of concepts they have learned.

Elisabeth Frausto held up a paper cup, showing it to her students, who were assembled in a circle on the rug. Inside the cup were twenty counters; one side of each counter was red and the other side was yellow.

“There are twenty counters inside the cup today,” Elisabeth began. She held up one of the counters, showing both sides. The class had experienced this activity for several months, first working with ten counters in the cup, then fifteen, and now twenty counters.

“I’m going to spill the counters onto the rug. I want you to think about whether there are more yellows, more reds, or about the same amount of reds and yellows.”

As Elisabeth shook the cup, the students wiggled with excitement.

“Are you ready?” Elisabeth asked. “Show me you’re ready.” She waited until the students seemed calm and were sitting on the rug with their hands folded. She then spilled the counters onto the rug. “Are there more red counters, more yellow counters, or about the same amount of each color?” Elisabeth asked.

“How can we find out whether there are more red counters or more yellow counters?” Elisabeth asked the class.

“And match them up, one to one!” others advised.

The students knew that Elisabeth would match up the counters one to one because they’d seen her do it previously as part of the activity.

She then picked up one counter at a time and positioned a red next to a yellow until there were no more yellow counters left, leaving two extra red counters.

“There are less yellows!” other students chimed in.

“Yes, there are fewer yellows,” Elisabeth paraphrased. She didn’t want to correct the students’ language but rather to model the correct language.

Together with the students, Elisabeth counted the number of yellow counters. Once it was confirmed that there were nine yellows, Elisabeth asked the class how many red counters there were.

“How did you figure it out?” Elisabeth asked.

“So how many red counters and yellow counters altogether?” Elisabeth asked.

There were a few confused looks, but most students responded that there were twenty counters in all.

“There’s twenty ’cause we started with twenty!” Sophie exclaimed.

“How many reds are there?” Elisabeth asked again. “Eleven!” students chorused.

“And how many yellows?”

To finish the activity, Elisabeth recorded the equation on the board that represented the combination of twenty counters: 11 + 9 = 20. She then repeated the activity one more time, putting the twenty counters back into the cup, shaking it, and spilling the counters onto the rug. This time, there were seven reds and thirteen yellows, a different number combination of twenty for students to work with.