A Lesson for First and Second Grade 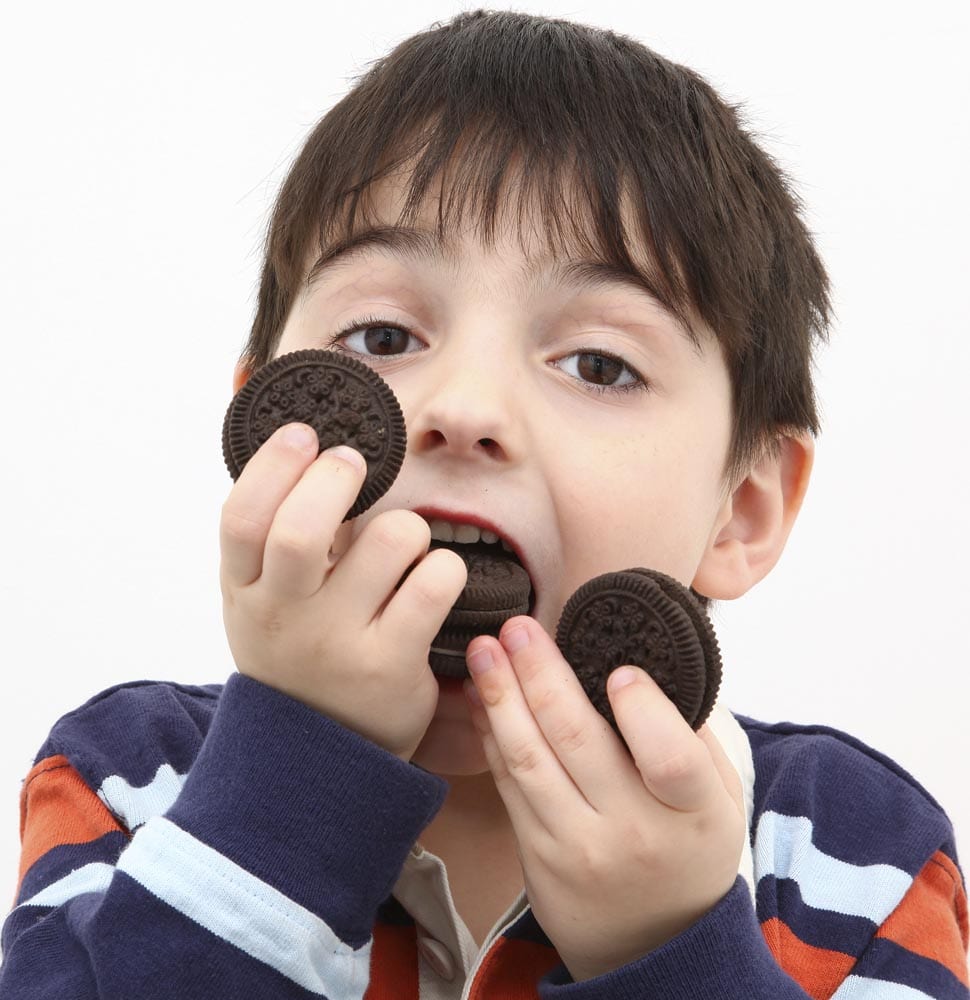 A Lesson for First Graders

When children use mathematics to solve real-world problems, they learn that mathematics is not just something to do for the teacher’s sake, but it offers them important tools to shape their world. In this lesson, which appears in Chris Confer’s new book Teaching Number Sense, Grade 1 (Math Solutions Publications, 2005), the children are asked to figure out how many cookies they need for a class treat.

“Tomorrow is Children’s Day,” I said, “and we could celebrate by having cookies. I’d be happy to bring two cookies for each of you, but I’d like to know how many cookies to bring. What do we need to know to figure this out?”

“Yes, that’s what we need to know—how many cookies we need so that each of you can have two. How many children are there in our class?” I continued. The children agreed there were twenty-two. I wrote There are 22 children on the board. Then I added If each child gets 2 cookies, how many cookies do we need?

“You can draw pictures or use cubes or anything else to figure it out,” I said. “You can work by yourself or with a partner or partners.”

Again I asked, “How many children are in this room?” The children answered, “Twenty-two.”

“I want each of you to show your answer and how you figured it out on a piece of paper,” I continued. “Use words, numbers, and pictures to show what you did.”

Alfredo began drawing stick figures and two cookies next to each one, but after two stick figures, he abandoned this idea. “It’s too hard,” he told me. “Can I start over?” He turned his paper over and began drawing sets of two cookies. Each pair of cookies had a slightly larger space between it and the next pair.

Alejandrina, Navin, and Alicia had drawn pairs of cookies and had circled the pairs. They were counting to check that they had twenty-two pairs. Navin had written 2 1 2 1 2 1 2 . . . and was counting by ones. “Forty-four!” he said triumphantly.

Lorena made dots for her cookies. The pairs of cookies were clearly separated from each other. She counted them, drew some more, and recounted them from one to check how many cookies she had.

I moved on to Sereslinda, who had made circles for the cookies, all in a line, without any space separating the pairs of cookies. She stopped to count the cookies and came to sixteen. I wondered what she’d do next.

Alfredo had decided to circle his pairs of cookies. “These go together,” he said. “It’s two kids.” It seemed that Alfredo had started to confuse what the circles represented: were they cookies or children? I decided not to intervene and see if he would be able to sort this out himself. (See Figure 1.)

Figure 1. Even though he had circled pairs,
Alfredo’s paper showed twenty-two cookies, rather
than twenty-two pairs of cookies.

She then began drawing stick people. She made ten and then began to write numbers to rep- resent the other children in the class. Her numbers went up to twenty-two, but she had only drawn only eleven stick figures and ten numbers. Sereslinda had miscounted, but I was interested in how she had moved to a more efficient way of representing: using numbers rather than drawings.

I watched as Sereslinda began to check that she had enough pairs of cookies for each child in the class. She traced lines to connect each stick person with a cookie pair or each number with a pair of cookies. But this became an unwieldy representational strategy. (See Figure 2.) Sereslinda was beginning to look frustrated. It was time to intervene. Figure 2. Sereslinda drew lines to connect her stick
figures with pairs of cookies. The many lines on
the drawing confused her, and she changed her
answer from forty-four to twenty-two.

“Do you know what smart thing I see you doing?” I asked Sereslinda. “You’re matching to check that you have two cookies for each person by drawing lines. That works great for smaller numbers, but it gets hard with larger numbers like twenty-two. Can I offer you a suggestion?” She nodded. “You might try pointing to each pair of two cookies and see if you count twenty-two pairs, just like we have twenty-two kids.” I demonstrated this for her and she continued counting on her own.

“There’s enough,” she told me. I was pleased that this alternate strategy had proved helpful to her.

Lorena had made twenty-two pairs of cookies and began counting them from one in English. She miscounted partway through and somehow recognized her mistake. “You might want to count in Spanish,” I suggested. When children are doing something difficult, they often have more success when using their first language.

Lorena began counting over again in Spanish, counting on from two. She did this several times, making sure that she counted correctly. Lorena carefully wrote 44 cookies at the top of her page. (See Figure 3.)

Figure 3. Lorena drew twenty-two paris of cookies and then counted by ones, in Spanish, to forty-four.

I returned to Sereslinda. Her paper had twenty-two pairs of cookies on it. “How many cookies do we need to have?” I asked. Sereslinda counted the groups of two. “We need twenty-two cookies,” she announced.

“So we have twenty-two children, and each child gets two cookies, and we need to bring twenty-two cookies?” I asked. Sereslinda nodded and wrote 22 cookies at the top of her paper.

“She’s right,” Alfredo said. But his paper had a very different representation: only twenty-two cookies rather than twenty-two pairs of cookies.

Representing two cookies for each child is difficult, since there is a quantity of children that is relevant and a quantity of cookies that does not match the first number but represents a doubling of that number. After representing these different quantities, the children need to remember and interpret which is which.

After a while, I gathered the children on the rug and asked, “How many cookies do I need to bring if there are twenty-two of you and each of you needs two cookies?” I asked Alfredo to share first.

“So you think that if we have twenty-two cookies, there will be enough for each of you to have two cookies,” I said. Alfredo nodded.

“How many of you agree that we need twenty-two cookies?” I asked. About a third of the children raised their hands. I wrote 22 cookies on the board.

“We need to see all twenty-two kids and count the cookies,” Lorena said, pointing at the pairs of cookies she had drawn. “It’s one, two, three, four . . .” She counted to forty-four, recognizing that each pair was made up of two cookies.

“You left a space between each to show that the next pair of cookies was for a different person. And then you counted all the cookies?” I asked. Lorena nodded. We counted all of the cookies that Lorena had drawn and got to forty-four. I wrote 44 cookies on the board.

“But I don’t have any cookies,” I said. “I need to know how many to bring.” “We can use pretend cookies,” Carina said.

“What can we use?” I asked. “Cubes,” Heriberto suggested.

We passed a bag of cubes around the circle, and I made sure that the children were frequently reminded of what the cubes represented. “Two cookies for Cristina, two cookies for Heriberto. . . ,” we chanted as each child removed two cubes.

We put all the cubes in a line, keeping the pairs of cubes together. Then we counted the cubes from one. We ended with forty-four. “So we have twenty-two children and forty-four cookies,” I said. I wrote 44 cookies on the board.

The next day I brought forty-four cookies and the children were delighted to each get two.