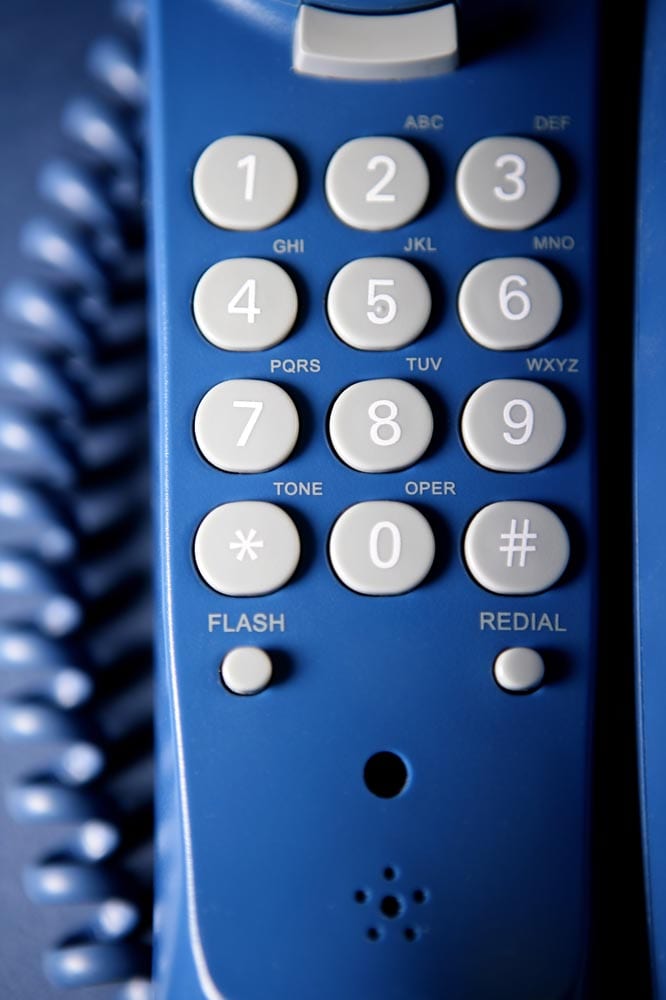 Children are surrounded by things containing numbers — license plates, addresses, room numbers, shoe sizes, signs, even telephone numbers. One way that students can develop number sense is to think about the numbers they encounter in the everyday world. This lesson by Bonnie Tank and Lynne Zolli provides a playful experience with numbers that are personally connected to each student — the digits in his or her telephone number. The lesson is included in Bonnie and Lynne’s book on addition and subtraction, which is be part of the Teaching Arithmetic series published by Math Solutions Publications.

“How many digits are in your phone number?” Lynne asked the class.

“I’ve got seven,” Hannah said. There were nods of agreement from other students.

“It’s ten if you count your area code,” Sandra replied.

“For today, let’s just look at our seven-digit phone numbers,” Lynne suggested. “Each phone number is divided into two parts — a three-digit prefix followed by another group of four digits.”

“If we look first at the prefix,” Lynne continued, “what is the largest number possible?”

“Are you sure?” Lynne asked.

“What is the smallest number possible?”

“Let’s see whose prefix is the smallest,” Lynne suggested.

The students told Lynne their prefixes and she wrote them on the board:

Some of the students seemed surprised that there were only seven prefixes for the entire class.

“Which prefix is the smallest?” asked Lynne. “Two forty-two,” the class agreed. Lynne then had the class arrange the prefixes in numerical order:

“Mine is the largest!” Madelyn exclaimed.

“Just for fun, let’s add the digits of each prefix and see if they stay in the same order,” Lynne proposed.

The students busily began adding the figures mentally. Lynne wrote down the totals under each prefix:

“What do you notice?” Lynne asked.

“Why?” Lynne asked Christina, who had good facility with numbers.

“Because they both have the same numbers, and it doesn’t matter which way you add them, they always come out the same.”

The commutative property of addition was obvious to a few of the students, but not to all.

Most students were still building understanding of this concept, so Lynne wrote the two prefixes on the board again.

Most of the students said they added the two 6’s first because it was doubling and then added the 5.

Again, most students looked at the two 6’s first, but not all. Some added the 5 and 6 to get 11, and then added the other 6 to get 17. One student changed the 5 to a 6, added three 6’s, and subtracted 1. Even with this simple problem, students used a variety of ways to solve it mentally.

“Look at 566 again,” Lynne directed. “Can you think of another prefix that could add up to 17?” The students offered several suggestions, and Lynne asked them to explain their thinking. Diego went first with 827.

“Just find two numbers that make 10, and then add 7,” he explained.

Lynne tries to do this kind of informal practice in mental computation each day with her class. She feels that facility with small numbers is essential before pushing on to larger numbers. Doing daily warm-ups is one way to build both number sense and facility with numbers. Lynne used this activity as a warm-up and went on with the lesson she had planned. She returned to telephone digits the next day.

The next day, Lynne began class by writing a telephone number on the front board:

“I wonder if we added up all seven digits in this telephone number, what sum would we get?” Lynne asked the class. “Take a look at these numbers and think about how you can figure out the total in a way that would make it easy. You might want to use paper to keep track of how you put the numbers together so you can share how you did it.”

There was a scramble for scratch paper and pencils and quickly the students were recording how they put the numbers together. When most of the students had found a total, Lynne gave the following instructions:

“Each of you should explain to the person sitting next to you how you figured out the total. See if you both did it the same way or in two different ways.”

“We had two different ways to find the total!” Lynne exclaimed. “Do you think you could find a third way?” she asked him before she went to check on the rest of the class.

At the beginning of the year, Lynne is continually checking to see if students have ways to talk and listen to one another. Much of their learning is enhanced by communicating with one another.

When it appeared that most students had talked to each other, Lynne asked the class to gather in the front of the room to share some of the methods for finding the total.

Lynne invited Linda to come up to the board and explain how she found the total.

“Let me write on the board what you have so far,” Lynne suggested.

Lynne wrote on the board:

“The way that I wrote the numbers on the board is one way to record how Linda put the numbers together, but I just noticed on her paper that she had a different way of keeping track. Maybe Linda can show us on the board how she kept track of her subtotals,” Lynne requested as she cleared a space on the board and wrote the telephone number again.

“Did anyone put the numbers together like Linda did?” Lynne asked the class.

“No, I just circled the numbers and wrote the totals as I did them in my head,” Brendon answered.

“Show us on the board how you circled the numbers,” Lynne instructed.

Brendon came up to the board, wrote the phone number, and circled the numbers as he explained again how he added the numbers.

Lynne wanted to have one more student share his or her method of putting the numbers together but she could tell that the students were eager to find out the totals of their own telephone numbers.

Lynne asked if someone would repeat the directions so that everyone could hear them again. She called on Gabi.

Gabi said, “Put your phone number on the top of the paper, find the total and write down how you did it, then put your total on a Post-it.”

“Can anyone add to Gabi’s directions?” Lynne asked.

“You have to write three more telephone numbers and find the totals,” Alan added.

On the chalkboard, Lynne wrote a sample to model how their papers should look.

Lynne asked one student to pass out paper and another to give each student a Post-it. The class got to work quickly. Lynne told the children that if they needed an idea for a telephone number they could refer to their emergency cards that they had recently returned.

While observing individual students, it became clear which ones felt the need to rely on counting to find the totals. There were students who were more comfortable adding the numbers in order, one number at a time. Others added pairs of numbers then added the sums of each pair in pairs until they got the total. Saundra added pairs of numbers that were not adjacent. She seemed to be adding a big number to a little number. She seemed to know that 6 + 4 made 10 but ignored other sums that made 10 such as 9 + 1, 8 + 2, and even 5 + 5. Linda appeared to look for doubles when she added. Christina mentally added first the three numbers of the prefix then the next four numbers and put the two partial sums together.

By observing the students as they worked, Lynne could informally assess who had strategies, who had ways to keep track of their thinking, and who had access to basic facts.

As students began to finish their papers, Lynne instructed them to sit on the rug near the

chalkboard. Some helped put the Post-its in order. Lynne asked everyone to join the group and told the students that they would have time to complete their work after lunch.

After the totals were put in order, Lynne posed the following question: “What if we added the area code to each of these numbers?” “Everyone would have to add 10,” Jenny reported. “Why?” Lynne asked. “Everyone has the 415 area code, and that makes 10,” Brendon said. “What would we get if we added 10 to 20?” Lynne continued. “That would be 30,” Linda told the class. Lynne added a second column to the board and labeled it “Plus Area Code.” “What do you get when you add 10 to the other numbers?” Lynne asked. “Ten plus 30 makes 40,” Robby contributed. The class continued to complete the chart. Lynne made a mental note to give the class more experiences adding 10 to numbers because this is an important skill for mental arithmetic.