When Is a Fraction Worth One-Half?

In this lesson from Marilyn Burns’s new book Teaching Arithmetic: Lessons for Introducing Fractions, Grades 4–5 (Math Solutions Publications, 2001), students are asked to come up with as many different ways as they can to explain why a fraction is equivalent to one-half. The lesson engages the students with algebraic thinking as the methods they suggest are translated to generalizations using variables to represent numerators and denominators. 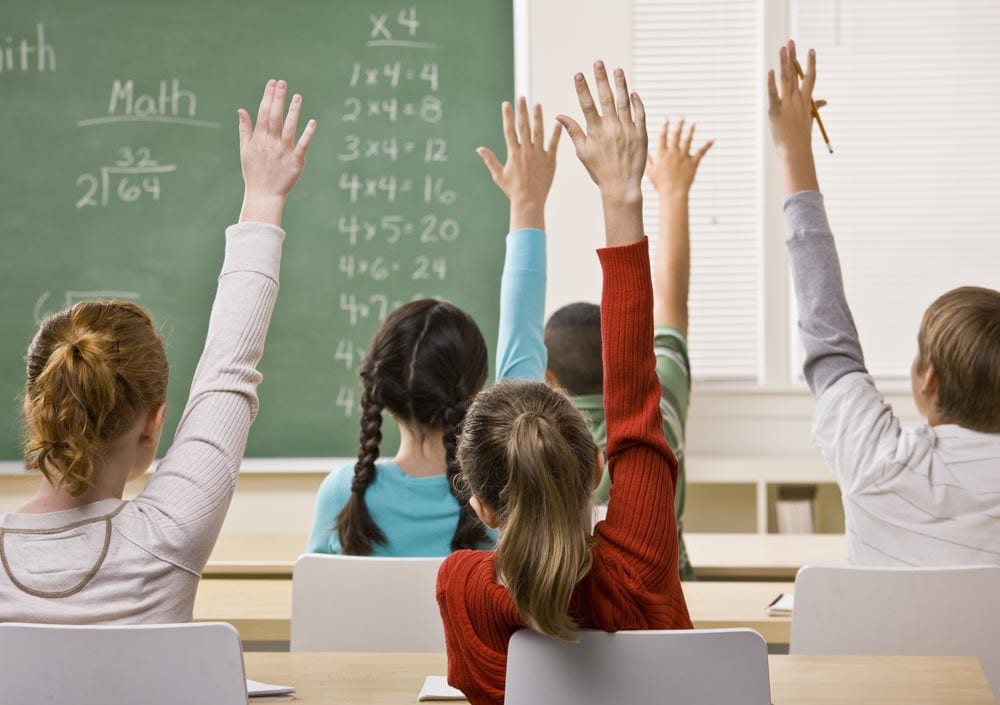 After the class had experience comparing two fractions by using one-half as a benchmark, I wrote on the board:

“Raise your hand if you can explain why this fraction is equivalent to one-half,” I said. I waited until every student had raised a hand. While the question was trivial for most students, I planned to build on their understanding and have a class discussion about different ways to determine that a fraction is equivalent to one-half. Also, I planned to compile the explanations they’d offer into a list and represent them algebraically, thus giving the students experience with using variables to describe general numerical relationships.

Before calling on any students to respond, I gave a direction. “Be sure to listen to what others say and see if your idea is the same or different. If you have a different way, then raise your hand again. I’m interested in seeing how many different ways we can come up with to explain what makes a fraction equivalent to one-half.”

Jake reported first. “You add the top twice and see if it makes the bottom,” he said.

I knew, or thought that I knew, what Jake was stating. But his response gave me the chance to push for more clarity from him.

“Tell me what you mean with the fraction I wrote on the board,” I said.

“You go six plus six and you get twelve,” he said.

“Oh,” I said. “You added six to itself.” Jake nodded his agreement.

“That works,” I confirmed. “Can you say your idea again, but this time use the words numerator and denominator instead of top and bottom?”

Jake said, “You go numerator plus numerator and see if the answer is the denominator.” I then wrote on the board:

“Who has a different way to decide if a fraction is worth one-half?” I asked. I called on Rosie.

She said, “Do the numerator times two and see if the answer is the denominator.” I wrote on the board:

If the numerator times 2 equals the denominator, then the fraction is worth 1⁄2.

“I have another way,” Donald said. “If the numerator goes into the denominator two times, then the fraction is one-half.” I wrote:

If the numerator goes into the denominator two times, then the fraction is worth 1⁄2.

I said to the class, “My hand gets tired writing down your ideas. One of the benefits of mathematics is that we have symbols to describe ideas and don’t have to use words all of the time. The symbols are like shortcuts. See if you understand how I can record Jake’s, Rosie’s, and Donald’s ideas in mathematics, not English.”

I turned to the board, explaining as I wrote. “Instead of writing numerator and denominator over and over, I’ll just use a shortcut for each: n and d. Who can explain why this makes sense?” I had written:

“But it’s not one-half,” Steven said.

“Who can explain?” I asked. I called on Peter.

“Because three is the top number in the fraction, so it’s the numerator,” he said. “And four is the bottom number, so it’s the denominator.”

“But the fraction you wrote — n over d— isn’t a real fraction,” Gena said.

The idea of algebraic variables was new for these students and I tried to explain. “It’s not a specific fraction,” I said. “Suppose you went home and told your mom that your teacher gave you homework. If it were math homework, then you’d be referring to me. But if it were science homework, or a book report, or something for art, then you’d be talking about a different teacher. ‘Teacher’ is a general description; ‘Ms. Burns’ would be a specific description. In the same way, ‘n over d’ is a general name that could mean any fraction, but ‘six-twelfths’ refers to a specific fraction because you now know what numbers you’re thinking of for the numerator and denominator.”

I wasn’t sure if Gena understood, but I pressed on. “Watch as I translate Jake’s idea into a mathematical shortcut. If it makes sense to you, it sure will save us some writing energy.” I wrote on the board next to the sentence I had written to describe Jake’s idea:

I continued, “And watch what I could write for Rosie’s idea.” I wrote:

“What could I write for your idea, Donald, using n’s and d’s?” I asked.

Donald thought for a moment and then asked, “Can I come up and write it?” I agreed. He came up and used the notation for whole number division to record. He wrote:

This notation for division isn’t standard to algebraic representation, which I wanted Donald and the others to know. But I also wanted to honor Donald’s contribution, which was correct in concept, but not in convention. “What you wrote makes sense to me,” I said. “See if this way also describes your idea. It’s the way you’ll usually see your idea in math books.” I wrote:

I then returned to the discussion of other ways to see if a fraction were equivalent to one-half. I called on Gena, who now seemed more confident.

Gena said, “If the numerator is half of the denominator, then it works.” I wrote on the board:

George had another idea. “If you can divide the denominator by two and get the numerator, then it’s one-half.” I recorded:

I then said, “Raise your hand when you have in mind another fraction that’s equivalent to one-half.” After a moment, all but Jonathan and Connie had raised their hands.

“Do you have a fraction, Jonathan?” I asked. He nodded and raised a hand. So did Connie.

I started around the room having students tell me fractions, and I recorded their suggestions on the board. When I called on Addison, he said, “One hundred–two hundredths.” There was an outbreak of giggles followed by a rash of other fraction suggestions that caused even more giggles: “Five hundred–one thousandths.” “One thousand–two thousandths.” “One million –two millionths.” I wrote each of these on the board:

Ali took another direction when it was her turn. “Seven and a half–fifteenths,” she said. I wrote on the board:

Others followed with similar fractions.

I then asked, “So how many fractions do you think you could write that are equivalent to one-half?”

I said, “I agree that there are an infinite number of fractions that are equivalent to one-half.

Representing your ideas algebraically as I did on the chart is a handy way to refer to many, many fractions.”

I then gave the class an assignment. “I’m going to write ten fractions on the board,” I explained. “Decide if each is equal to one-half, less than one-half, or more than one-half. On your paper, explain your reasoning for each.”

I listed on the board the ten fractions the students were to consider:

See Figures 1 and 2 on the following pages for examples of how students worked on this assignment.

Figure 1. Brett used a chart to present the answers.