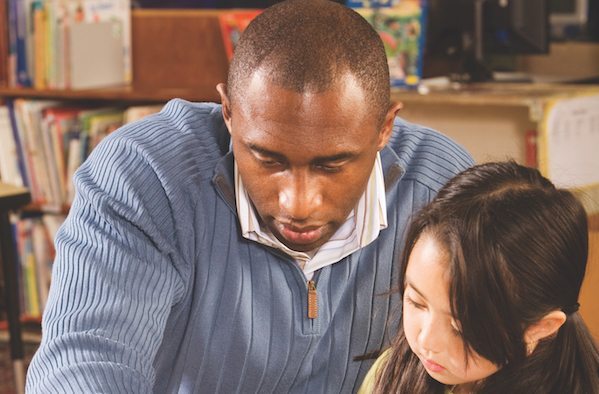 Teachers typically are comfortable leading classroom discussions when teaching literature or providing social studies instruction. They value these discussions and rely on them to support students’ learning. However, many teachers aren’t as comfortable making use of classroom discussions for mathematics instruction. In Classroom Discussions: Using Math Talk to Help Students Learn, Grades K–6, Second Edition (Math Solutions, 2009), the authors present specific ways to lead classroom discussions that support students’ mathematics learning and promote their ability to think, reason, and solve problems. In the book, the authors introduce five important talk moves, each a suggested action they have found to be effective in supporting mathematical thinking and learning. They illustrate each talk move with examples of actual classroom discussions and offer guidance to teachers for incorporating them into their own classroom instruction. Following is a brief introduction to two talk moves presented in the book-­‐ “revoicing” and “asking students to restate someone else’s reasoning.”

Revoicing (“So you’re saying that it’s an odd number?”)

When students talk about mathematics, it’s often very difficult to understand what they say. Even if their reasoning is sound, it may not appear sound when they try to put their thoughts into words. Sometimes it’s impossible to tell whether what they have said makes sense at all. And if you as the teacher have trouble understanding it, there’s not much hope that the student’s classmates will do any better. Yet given your goals to improve the mathematical thinking and reasoning of all students, you cannot give up on an especially unclear student. If the only students whose contributions are taken seriously are those who are easy to understand, few students will ever improve. Deep thinking and powerful reasoning do not always correlate with clear verbal expression.

Therefore, teachers need a talk move that can help them deal with the inevitable lack of clarity of many student contributions. They need a tool that will allow them to interact with the student in a way that will continue to involve the student in clarifying his or her own reasoning. And they need a tool that will help other students continue to follow along in the face of the confusion.

One such tool has been called “revoicing.” In a revoicing move, the teacher essentially tries to repeat some or all of what the student has said and then asks the student to respond and verify whether or not the teacher’s revoicing is correct, as in the dialogue below.

Ms. Davies has given her third graders a series of numbers and, in a whole-­‐group discussion, has asked them to say whether the numbers are even or odd. They have established that if you can divide a number by two evenly, then it is an even number. Philipe has tackled the number 24. His contribution is less than completely clear.

After hearing Philipe’s confusing contribution, all Ms. Davies could grasp was that Philipe might be saying that 24 is odd. She hazards a guess in the form of a revoicing move: “So you’re saying that twenty-­‐four is an odd number?” By phrasing this guess as a question, she is essentially asking Philipe if her understanding is correct. By using this move, she gives him a chance to clarify. As it works out, he shows he did intend to claim that 24 is an odd number, and he gives his reason. By opening this conversational space for Philipe to respond, Ms. Davies has learned that he has a basic misconception about even and odd numbers. She has gained a foothold in the discussion that she did not have after simply hearing Philipe’s first contribution.

While revoicing is especially useful in situations such as that described here with Philipe, it’s also an effective move when you understand what a student has said but aren’t sure that the other students in the class understand. Revoicing can make one student’s idea available to others, give them time to hear it again, position a student’s claim with respect to a previous student’s claim in order to create the basis for an ongoing discussion, or focus on a change that has occurred in the discussion. Revoicing provides more thinking space and can help all students track what is going on mathematically.

Asking students to restate someone else’s reasoning (“Can you repeat what he just said in your own words?”) In the previous example, the revoicing move was used by the teacher. However, the teacher can also extend the move to students, by asking one student to repeat or rephrase what another student has said and then immediately following up with the first student. Ms. Davies used this move to continue the classroom conversation.

4. Ms. D: Can anyone repeat what Philipe just said in his or her own words? Miranda?

5. Miranda: Um, I think I can. I think he said that twenty-­‐four is odd, because it can be divided by three.