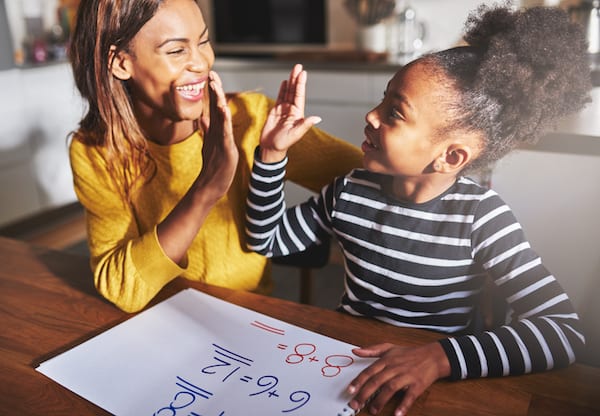 Many students will be home these next several weeks due to the COVID-19 pandemic. What might happen if children spend a portion of their time doing real-world mathematics? At a minimum, they could discover that mathematics is interesting and useful. Perhaps they will decide that they are indeed math people.

Here are some investigations to spark mathematical curiosity in home-bound mathematicians over the next several weeks. They come from the Math Solutions publication Day-by-Day Math: Activities for Grades 3-6 by Susan Ohanian and are tied to historical events.  Perhaps these ideas will inspire students to have additional wonderings that result in using mathematics to make sense of their worlds.

March 17, 1989 – The remains of the oldest known Egyptian mummy are found near the Great Pyramid of Cheops, in Gia, Egypt. The high-ranking young woman was buried around 2600 B.C.

Investigate: Locate this burial on a timeline. Identify other B.C. events.

Investigate: Do some research online to find out why time zones are important. Make up a time zone puzzle. Choose two cities and a time in one of them. Figure out the time in the other. Give your puzzle to someone else to solve.

March 22, 1996 – Astronaut Shannon Lucid is aboard the space shuttle Atlantic when it blasts off from Kennedy Space Center. The shuttle docs with Russia’s Mir Space Station, and Lucid boards Mir, where she stays for the next 188 days, setting the record for time spent by a woman in space. She also holds the record for the most space flights made by a woman: five.

Investigate: How many months are there in 188 days? Gather facts about space travel from the NASA Web site nasa.gov. Create your own shuttle mission log.

Investigate: How much will an increase of $3.50 per week amount to in a year? What restrictions are there on how many hours a waitperson can work today?

March 25, 1514 – Pope Leo X receives Hanno, a young white Indian elephant, a gift from the kind of Portugal. Every day Hanno drinks 35 to 50 gallons of water and consumes 75 too 100 pounds of fodder, including coconuts, mangoes, plantain stems, root vegetables, oats, and bran. An elephant can maintain a running speed of about 25 miles (40 kilometers) per hour. In comparison, a female sprinter runs about 21 miles (34 kilometers) per hour.

Investigate: How much liquid, in total, do you drink in a day? Compare your running speed with that of an elephant.

March 27, 1952 – President Harry Truman and his family move back into the completely rebuilt White House. Four years earlier, the piano of the president’s daughter, Margaret, had proved too heavy for the floor. The reconstructed residence now has 132 rooms.

Investigate: How many average-size houses (don’t count the bathrooms) could fit into the White House?

March 30, 1923 – Four hundred and forty passengers aboard the Cunard liner Laconia complete the first cruise to have circled the globe; 130 days have passed since they started.

Investigate: On what day did the cruise start?

March 31, 1998 – St. Louis Cardinal Mark McGwire starts the baseball season by hitting a grand slam home run. In his final at-bat this season (the 155th game he plays in, his 509th time at bat), he hits his 70th home run.

Investigate: On average, how many at-bats did McGwire have for each homerun? If you were pitching to him, would knowing when he’d had his last homer affect what you threw?

For more resources to engage students in real-world math at home, please check out our free classroom lessons, which can be adapted for at-home learning!