Rules Students Should Know for Division 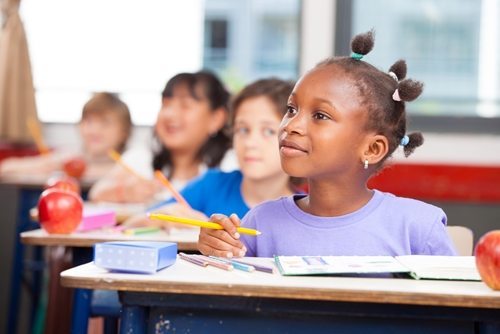 Thoughts of standing at a chalkboard and completing what seems like endless long division problems may have your students scared to tackle division. While thinking in terms of multiplication and division is different than addition and subtraction, your students can grasp it. For many, having a clear set of rules and structure helps to clarify the concept and give students a hand when they try to solve equations. As you begin your section on division, be sure to share these rules with your class and discuss them as a part of your math talk:

If the last digit in a number is 0 or an even number, it’s divisible by 2. For instance, 20 ends in a 0. When divided in half, the result is 10, which is an even number. When students see a number that ends in an even digit, they should know the number can be divided into two evenly. However, numbers that end in odd digits can be divided by two, they’ll just have a remainder or decimal.

Numbers divisible by 6 can also be divided by both 3 and 2. Students should test the number with both rules for 3 and 2. If the number passes both tests, it can be divided by 6. If it fails just one, test it cannot. For instance:

“The divisibility rule for 9 is the same as for 3.”

The divisibility rule for 9 is the same as for 3, which makes sense given that 9 can be divided by 3. If the sum of a number’s digits is divisible by 9, so too is the entire number. For example:

If the last digit is 0, the number can be divided evenly by 10.

Why the rules help and how to use them

These rules allow students to look at larger numbers in a less-daunting context. Divisibility rules also let them learn a lot about a number by simply looking at its digits. As such, you should encourage students to use all rules when examining a number. When looking at something like 1,159,350, students can go down the divisibility list, checking off which numbers the large one can be divided by.

Of course, you won’t only talk about even division in your math class. Some numbers will have remainders. You can still use the rules to talk about those numbers. Have students determine whether a certain number will have a remainder when divided by 2, 3, 4, 5, 6, 8 or 10.