Improving Proficiency and Showing Signs of Growth in Math

Pajarito Elementary School, one of 88 elementary schools in the Albuquerque Public Schools system, was in urgent need of support for their students in mathematics. On the 2017 New Mexico Report Card, the school received a final grade of F and overall score of 28.3. Only 12% of Pajarito students scored proficient in math in 2017. The new principal, Debra Larribas believed her math teachers needed support and develop a stronger content knowledge base. Specifically, district leaders at Larribas believed the PD should focus first and foremost on building the capacity of K-5 teachers to understand and implement best practices and effective instructional strategies including Number Talks. Secondly, the PD would be designed to strengthen the content knowledge of K-5 teachers in the school. 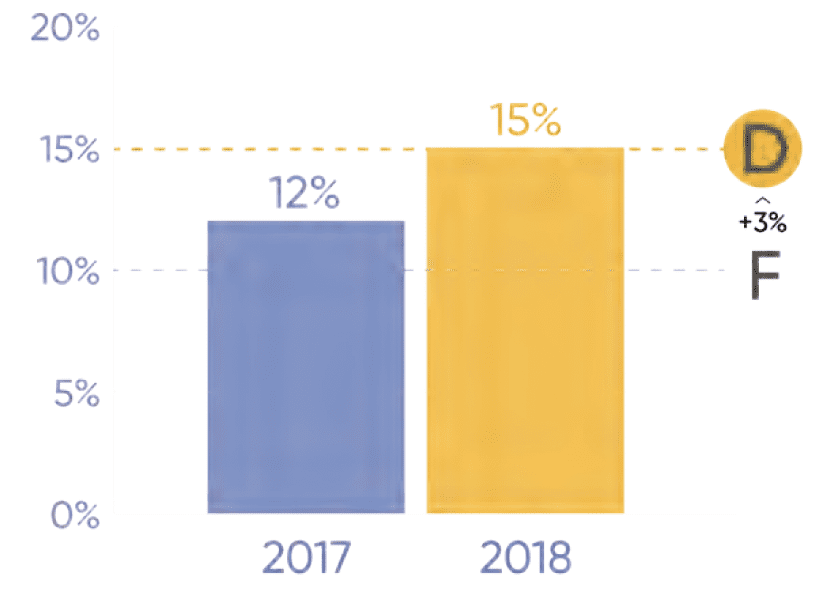 Only 12% of Pajarito students scored proficient in math in 2017.

After conversations with a number of math professional learning partners, Pajarito decided that with Math Solutions they could most effectively accelerate student achievement in math by
improving teacher knowledge and instructional practices. In 2016-2017, the school began with Number Talks professional learning and 5 days of coaching to lay the foundations for their
teaching staff. In 2017-2018, the school added more coaching days and focused on Numbers and Operations, an area the needs assessment pinpointed as needing urgent support.

“It’s not a prepackaged program. It’s ‘What do you see as your need, and how can we best support it.’ They’re very good listeners.”

Pajarito has taken the initial steps to accelerate student improvement and is beginning to see the fruits of their labors. On the 2018 New Mexico Report Card, the school received a final grade of D and overall score of 38.68, a big jump from the F grade received in 2017. The numerical score in each of the assessed categories (current standing, school improvement, improvement of higher-performing students, improvement of lowest-performing students, opportunity to learn, and bonus points) improved from 2017 to 2018, indicating that the school is on the right track. There are additional signs of growth, including 15% of students scoring proficient in math.

Pajarito students showed growth from the fall of 2017 to the spring of 2019. Here is the impact:

Proficiency in Numbers and Operations 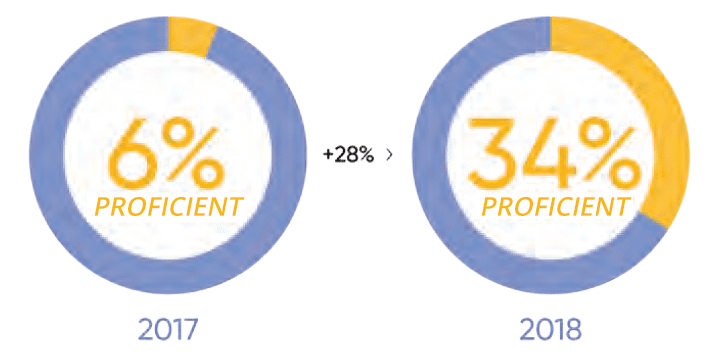 Students proficient in Numbers and Operations increased by 28% 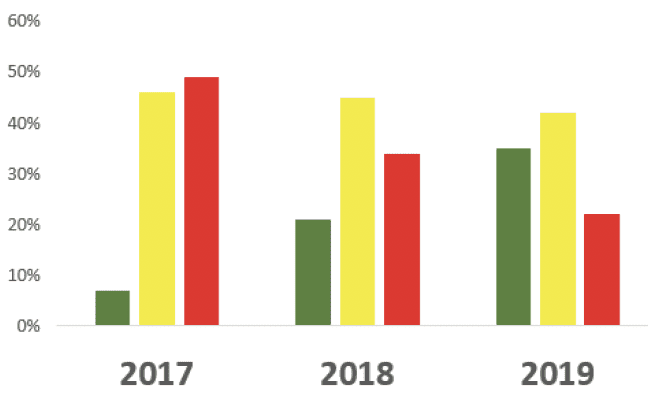 So by the numbers after a two-year partnership with Math Solutions, there was a 28% increase of those who are proficient and 27% decrease in those who were at greatest risk.

By the spring, approximately 34% of students were proficient in Numbers and Operations. Pajarito Elementary School and Math Solutions still have much to accomplish with their partnership, but the early results indicate that the school is on track to accelerating math achievement for their students.