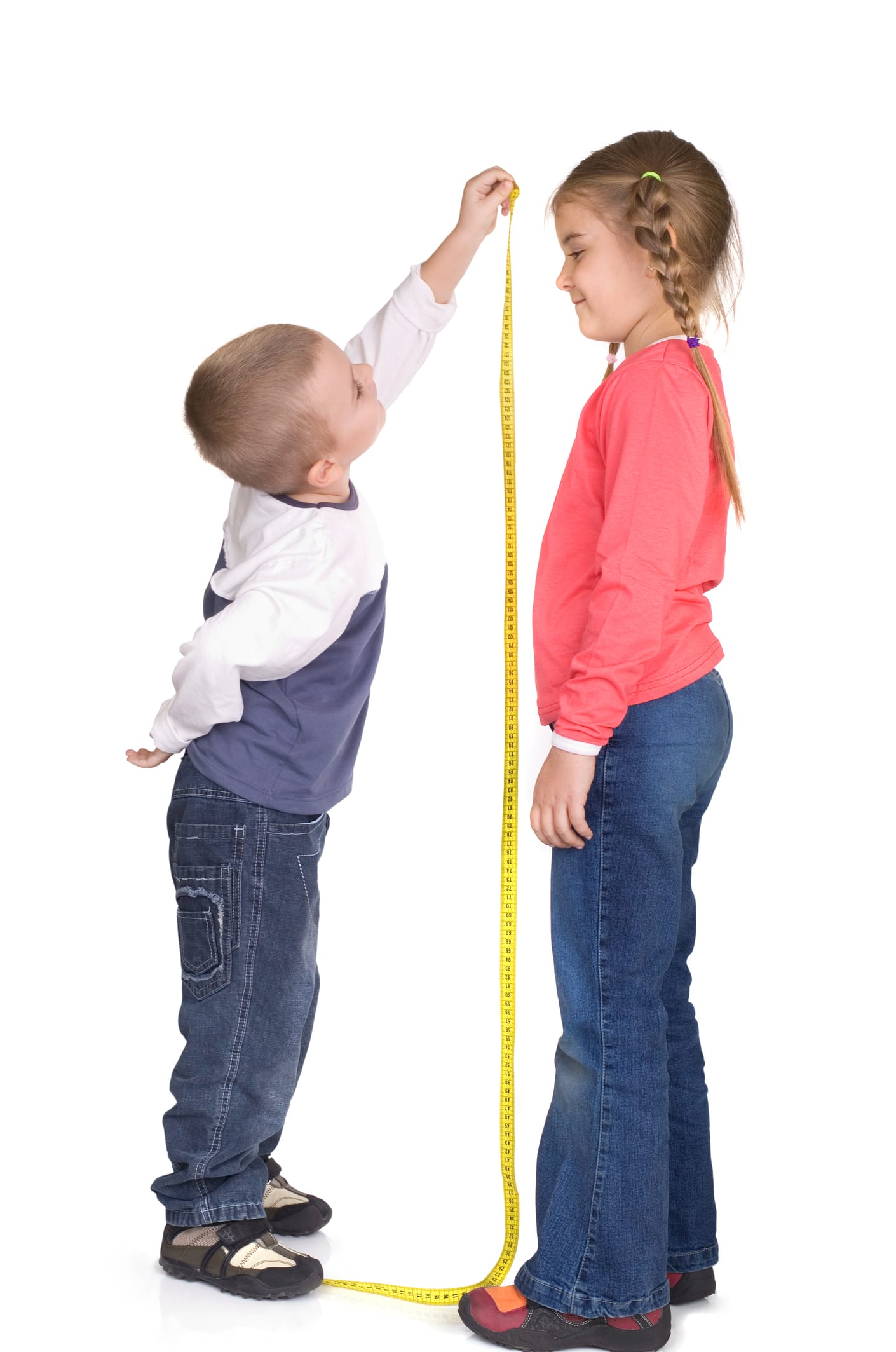 This lesson appears in Bonnie Tank and Lynne Zolli’s new book, Teaching Arithmetic: Lessons for Addition and Subtraction, Grades 2–3 (Math Solutions Publications, 2001). Based on Rolf Myller’s book How Big Is a Foot?, this lesson gives children experience with comparing quantities in the context of measuring a variety of lengths. Partners measure, record, and compare their body measurements in inches and centimeters and then take their teacher’s measurements and compare them to their own.

How Big Is a Foot? tells the story of a king who decides to have a bed made for his queen for her birthday. Using his paces, he measures the queen, whom he asks to lie down on the floor, and he sees that the bed must be six feet long and three feet wide. He gives the carpenter’s apprentice these dimensions, but the bed turns out far too small. The king is so angry that he has the apprentice thrown in jail, but the apprentice realizes then what the problem was. The apprentice explains his solution to the king and is able to make a new bed in time for the queen’s birthday.

Lynne began the math period by reading aloud to the class How Big Is a Foot?. When she got to the part in the story where the apprentice goes to jail, she talked with the children about the apprentice’s problem and asked what advice they would offer him.

“What is the problem?” Lynne asked. “The bed was too small,” Gabi answered. “But why was it too small?”

“The king’s feet are much bigger. The apprentice has tiny feet, and he used his little feet to make the bed,” Gabi explained.

“What could the apprentice do if he were given one more chance?” Lynne asked the class. The students came up with a variety of solutions.

“He could have the king step in paint and make a rectangle.” “The apprentice could mark where the king walked with chalk.”

Brendan suggested, “Make a ruler. Cut a stick the size of the king’s foot. Actually, you’ll need eighteen sticks. Make eighteen rulers. Put six on one side, three on the top, six on the other side, and three on the bottom. Then it will be the right size bed for the queen.”

“Your ideas are great,” Lynne said. “Now let’s see how the problem was solved in the book.” She continued reading. Then she talked with the children about the importance of having a standard unit of length that everyone uses, and she showed the class a collection of tools for measuring length — several rulers, cloth and metal tape measures, a meter stick, and a yardstick.

“What do these things measure?” she asked. “How tall we are,” Thomas said.

“How long something is,” Gabi replied.

“What’s the difference between the cubes and these tools?” Lynne asked.

“We had to count the cubes,” Kelly said, “but these things already have numbers on them so it’s easier.”

Lynne picked up a cloth tape measure and said, “If I measure the height of the chalkboard, I get thirty. But, if I turn the tape over and measure again, I get seventy-five. What do these numbers mean?”

The students weren’t sure, so Lynne showed them the tape measure again. “This side shows inches,” she explained. “An inch is a measure of length that is about this big.” Lynne held her thumb and index finger apart to show them the length of an inch. She measured the chalkboard again to show 30 inches, then turned the tape over and measured the chalkboard again to show 75 centimeters.

“A centimeter is a much smaller unit of measure.” Lynne showed the class the length of a centimeter, using her thumb and index finger.

Lynne said, “If I want to compare my height with your height, I can use either inches or centimeters, but I need to measure both of us with the same unit.” Although these measurement concepts were confusing, Lynne knew that with practice the students would build their understanding.

“When you use a tape measure, how will you know if you are using inches or centimeters?” Lynne asked.

“Centimeters are the tiny ones,” Kim said. “About how big is one centimeter?” Lynne asked.

“About the size of that little piece of chalk,” Brian said.

The students began measuring and came up with a number of suggestions including the top of a pen and the width of a finger.

“Now let’s look at the side of the tape that shows inches,” Lynne instructed. She asked them to show her how long one inch was using their thumbs and index fingers.

“Which one is bigger, an inch or a centimeter?” Lynne asked.

“An inch,” responded the class. “It’s much bigger,” Sonja added.

Lynne distributed the tape measures and the record sheets for inches. “When you finish this sheet, come up and get the one for measuring in centimeters,” she said.

The students worked carefully to be as accurate as possible. As they measured, Lynne checked to make sure they were using the measuring tapes correctly. Figure 1 shows how one pair of students worked on this activity. When the students finished both record sheets she asked them to write if they preferred measuring in inches or centimeters (see Figure 2 on the next page).

Figure 1. These students measured each other in centimeters and recorded their findings.

The next day Lynne said to the class, “Yesterday you compared each other’s measurements in inches and in centimeters. Today you are going to compare your body measurements to mine.”

“I’m going to ask all of you to help me,” Lynne answered as she distributed a Teacher/Student Comparisons worksheet to each student.

Lynne had different students help take her measurements in both inches and centimeters. All of the students recorded them on their worksheets. For her height, she laid down on the floor.

“One hundred and seventy centimeters!” Ben gasped. “You’re really tall.” “But I’m only sixty-eight inches,” Lynne said as she got up.

“Your job now,” Lynne continued, “is to write your measurements on the sheet and then compare them. Use the record sheets you completed yesterday so you don’t have to measure all over again.”

Lynne returned their completed worksheets. While the students were working, Lynne ob- served to make sure the students knew what to do and to see how each student was computing the measurement differences. She made notes about the students’ strategies and computational skills as she circulated around the room.