How Many Feet in the Bed? 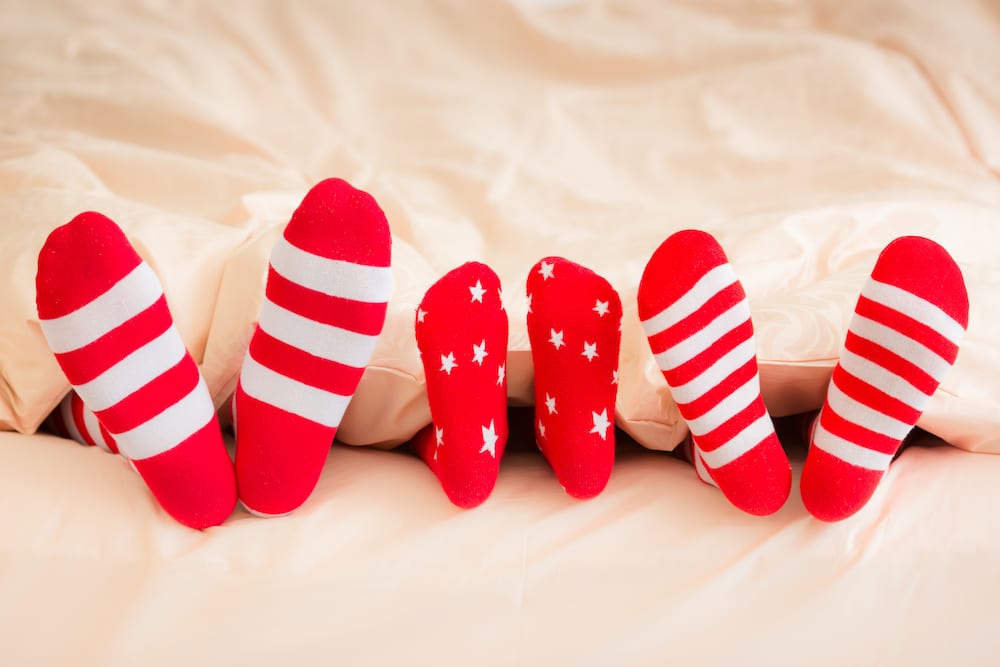 In this lesson, students hear the story How Many Feet in the Bed? by Diane Johnston Hamm, and predict how many feet are in the bed as, one after another, family members hop into Mom and Dad’s big bed on a Sunday morning. This book helps young children develop algebraic thinking skills by having them examine the pattern that exists between the number of people and the number of feet they have.

Monica Pattern’s second graders sat attentively on the rug while their teacher introduced me to them.

“Good morning, class,” I began. “Today I’m going to read you a story and I want you to listen for a math pattern. At the end of the story I’m going to ask you what you noticed.”

I read the story through, allowing time for the children to enjoy the illustrations. At the begin- ning of the story, Dad is in the bed and his daughter asks, “How many feet are in the bed?” Once she jumps in, there are four feet in the bed. Then her brother, Tom, jumps in, followed by Baby Jane, and, finally, Mom. After all five family members, and their ten feet, are in the bed, they leave one by one, reversing the pattern.

After I finished reading, I had the students reenact the story. “OK, who was the first one in the bed?”

“The dad!” they all shouted at once.

“All right, who wants to be the dad?” I asked Juan to come to the front of the room. “Now here’s Dad in the bed. How many feet are in the bed?”

“Two,” everyone answered in unison.

“Who next came into bed?” I continued, bringing up students one by one until five children represented all of the family members, counting the number of feet each time. Then, one by one, I asked each child to sit down to show the family leaving the bed, again counting the feet remaining in the bed each time.

“What did you notice about the story? Raise your hand to tell me your ideas, and I will write down your observations on the board.” I find that this question is good for giving children a chance to react to the book and giving me information about what they heard and enjoyed.

Once they have had a chance to share their own ideas, I find that they are better able to focus on my specific questions.

Brian raised his hand first. “I noticed that every time someone got in the bed, there were two more feet.”

Mark’s observation was not one that I was expecting, but I was happily surprised when he said it. “I noticed the number of people were one-half the amount of feet in the bed.”

No other children had comments, so I continued, “There’s a way we can keep track of how many feet are in a bed using a table, called a T-chart. Has anyone seen this before?” I drew a T-chart on the board and pointed out how it looked like the letter T. Some children had seen one before; most had not. “How do you think I can use this chart to record my patterns?”

“You can put feet on one side and people on the other,” suggested Victoria, who had indicated that she had seen charts like this before.

“That’s exactly what I was going to do,” I replied. (If no one had made the suggestion Victoria did, I would have done so.) I wrote Number of People to title the left side of the chart and Number of Feet in the Bed to title the right side. Then we filled in the chart for one through five people. I purposely left space above the first entry (1 person and 2 feet) so that I could discuss adding the number 0 to the chart. 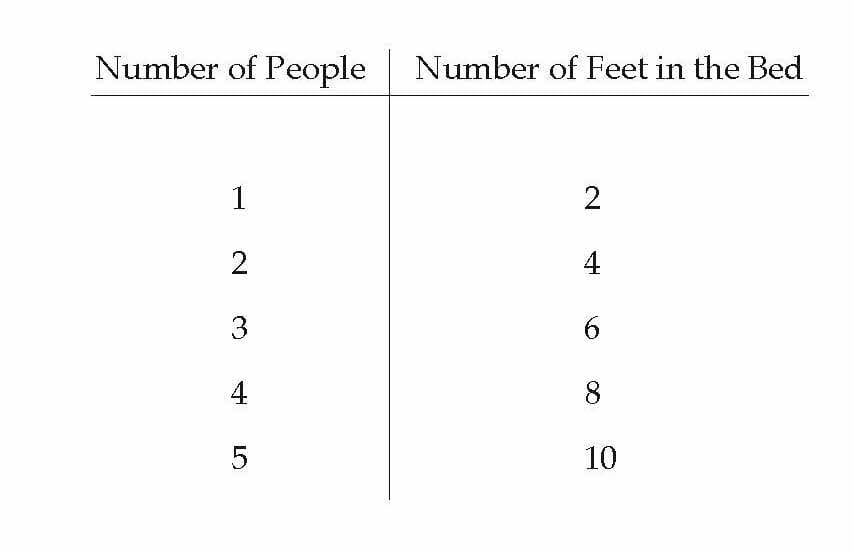 “Look here at the top of the chart. What if there were no people in the bed? How many feet would be in the bed?” I asked.

“Zero,” Armando replied. I added the 0s to the chart.

“What about here?” I asked, moving to the bottom of the chart and writing a 6. “What if there were six people in the bed? Can someone tell me how many feet there would be in the bed?”

Erica raised her hand. “I think twelve.” “Can you tell me why?”

“Because Elaine said it goes up by twos, and ten plus two is twelve.”

After I wrote Erica’s response on the chart, I posed this question to the students: “Let’s say that a furniture store truck backs up to the classroom and delivers a huge bed for all of us to get in. Do you think you could figure out how many feet would be in the bed?” The students got pretty excited thinking that we all might be jumping into a large bed. I think one student even looked out the door for the truck!

“What information would we need to know?” I asked. “How many people are in the class,” said Michelle.

We counted all the people, including the teacher and me. There were twenty-three of us. (If the number had been a friendly number, like twenty or twenty-five, I would have eliminated Monica and me from the count to pose more of a challenge for the children.) “What I would like you to do now is go back to your seat and figure out a way to show how many feet would be in the bed if there were twenty-three people in the bed. Then I want you to copy our T-chart and extend it all the way to twenty-three people to double-check your work.”

We made counters available for students to use; however, most chose instead to draw a picture in their math journal. Rachel started by drawing a circle with five little circles on the top, to represent one foot with five toes. By the time I had made the second round to her table, she had erased all of her work and was no longer engaged in the problem.

“What happened to all your work?” I asked Rachel gently.

“It was taking too long,” she mentioned sadly. Obviously the task of drawing a foot with five toes for twenty-three people had become too laborious for her.

“Well,” I asked, “is there another way you can draw the picture so it won’t be so much work?” She shrugged. “Do you have to draw the toes?” I asked.

“Can you show me how you can draw the picture without the toes?” Rachel drew two circles. “How could you show those feet belonged to one person?”

“I can put a circle around them,” she said shyly.

“Let’s try that,” I responded. Rachel drew one circle around the two smaller circles and then wrote a 1 on the top to show that it represented one person. “Do it again for the next person,” I suggested. “I bet you can draw it fast.” Rachel quickly drew two circles, circled them, and wrote 2 above the group.

“I bet that by the time I come back around here again, you will be all done,” I said. Rachel smiled and got right to work. Sure enough, when I went back to check her work, she had filled the entire page with groups of two circles numbered all the way to 23.

“There’s forty-six feet in the bed,” she said, this time with confidence. “Terrific! Now let’s check it with the T-chart.”

When all the students were ready, I gathered them on the rug and we discussed their findings. We all agreed that there would be forty-six feet in the bed if we all jumped into a giant bed together. 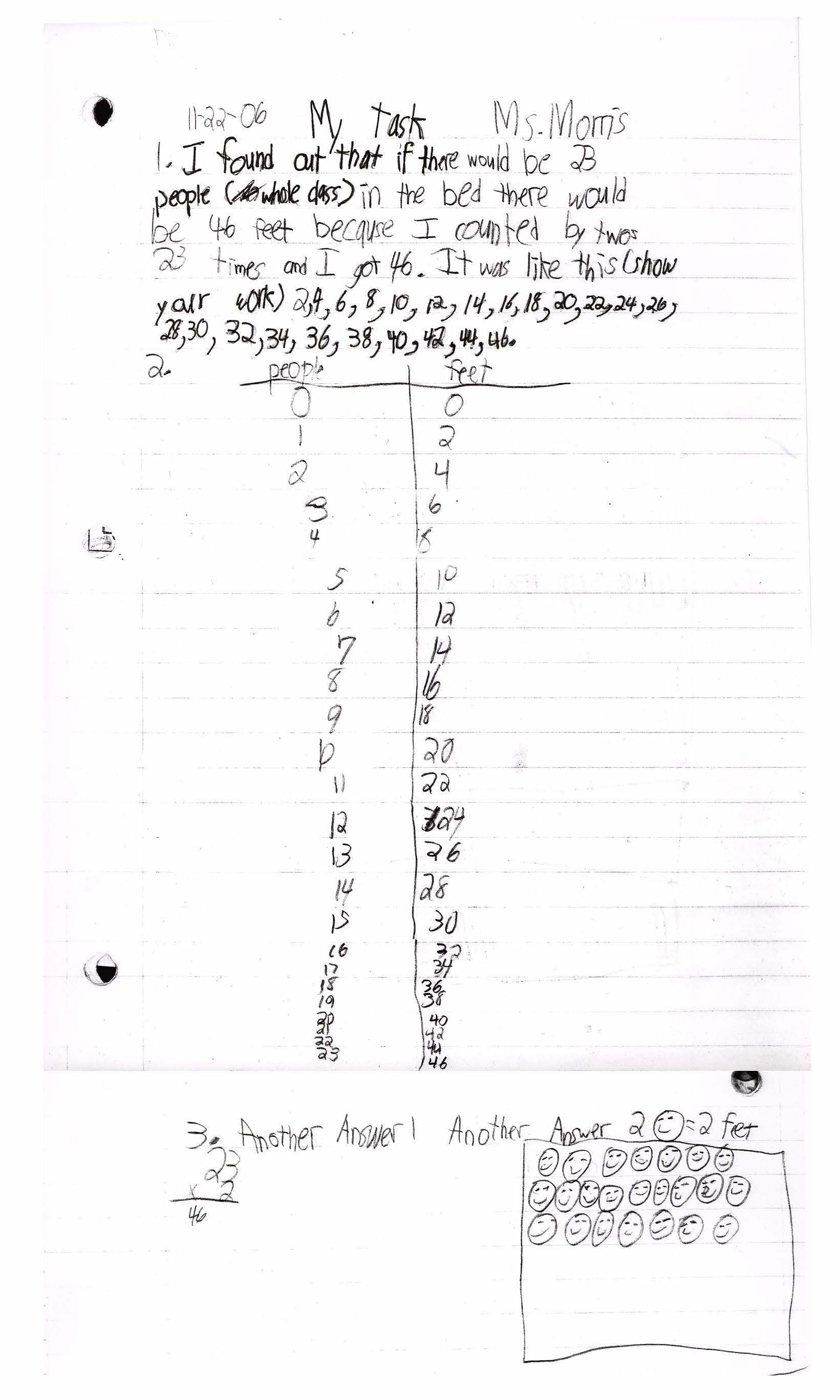 Figure 1. One student solved the problem in several different ways.

Figure 1. One student solved the problem in several different ways. 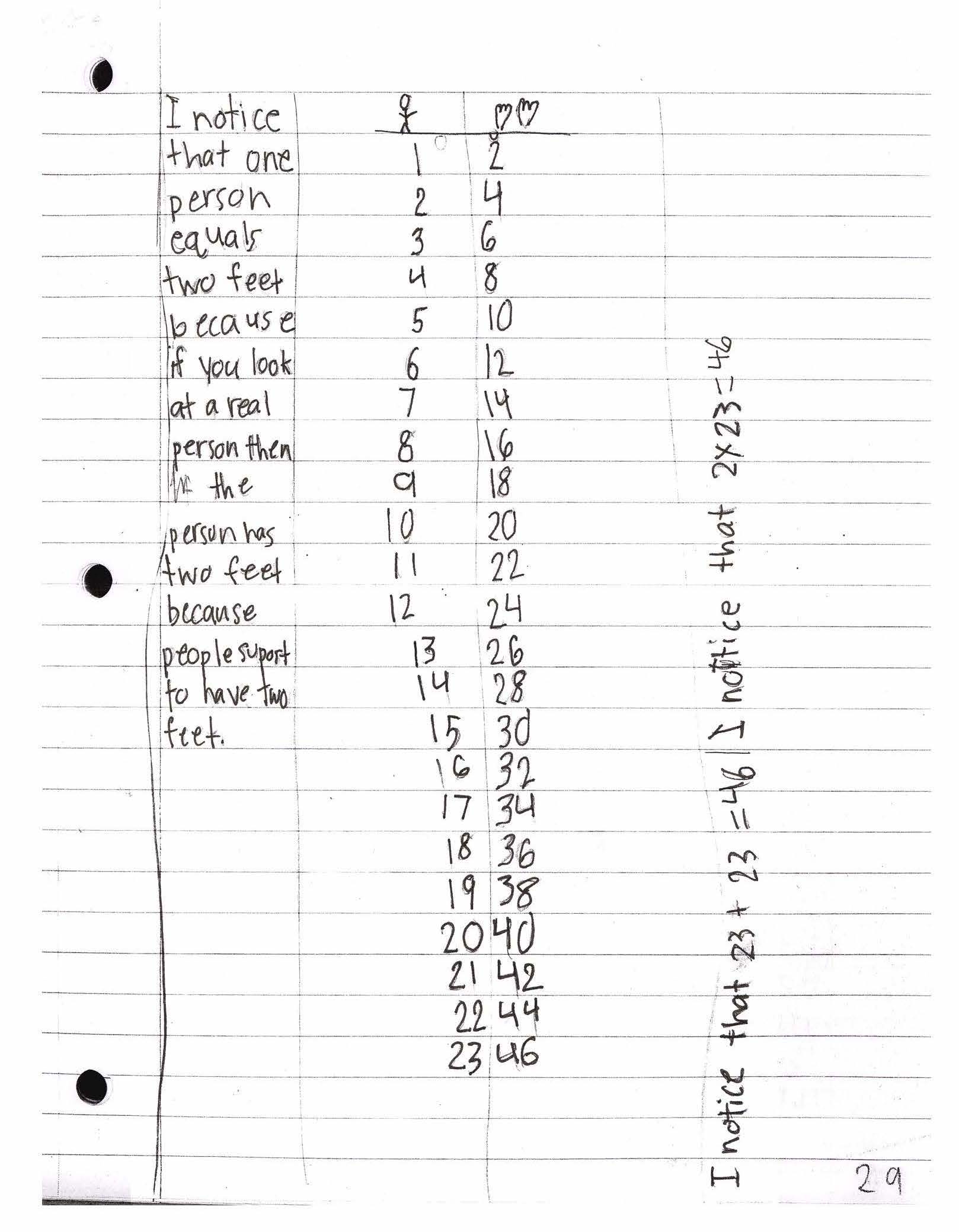 Figure 2. Another student used a T-chart and addition to the solve the problem.