Quick as a Cricket

A LESSON FOR FIRST AND SECOND GRADERS 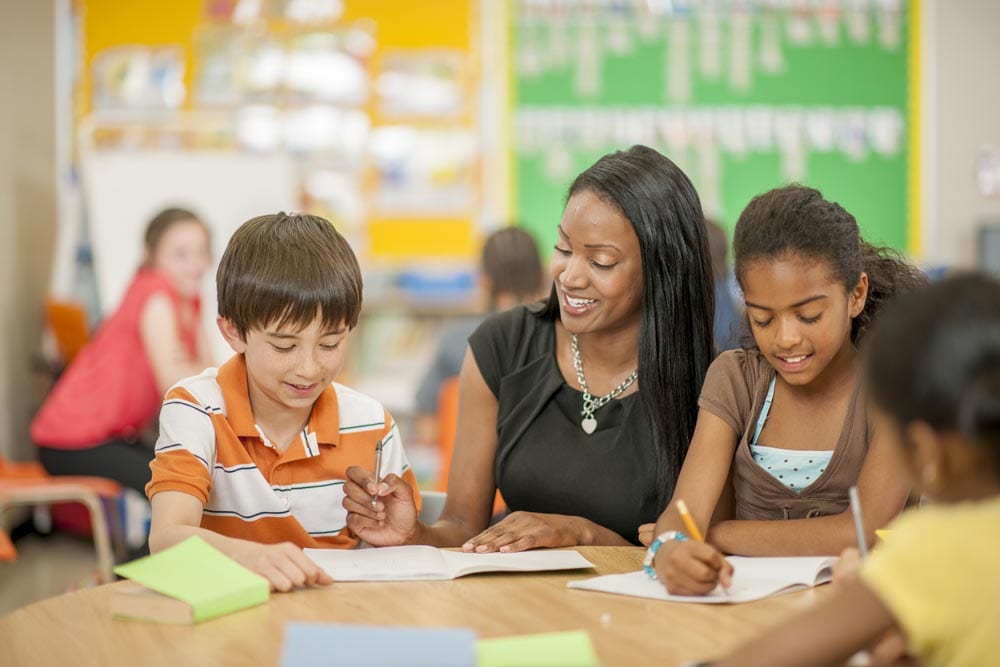 Audrey Wood’s book Quick as a Cricket (Child’s Play, 1982) uses rhymes and beautiful illustrations to take children on a joyful celebration of self-awareness. The book features a boy who compares himself to a variety of animals—“loud as a lion,” “quiet as a clam,” “tough as a rhino,” and “gentle as a lamb.” In the end, he lifts up his arms and declares, “Put it all together and you’ve got ME!” Lisa Rogers used this book with first and second graders to further their mathematical understanding of sorting and data analysis.

I first read Audrey Wood’s Quick as a Cricket to a class of first and second graders during reading time. We explored the book’s setting and rhymes and we did word work together. Now I gathered them in a circle on the rug for a rereading of the book. They were excited to experience the book again and this time to explore some mathematical ideas. As I reread the book, I noticed there were a lot of children who could name the animals. Kenny, who had many pets, said, “Yeah, I sure wouldn’t want to take care of all those animals.”

Ashley responded, “You can’t take care of some of those animals! Some are wild.”

These comments turned out to be a wonderful segue into our lesson. I asked the children, “How many animals do you think there were in the story?” Answers ranged from “a bunch” to “ten” to “hundreds.”

“How can we find out how many animals there were?” I asked. Melissa offered, “I think we need to count them.” Everyone agreed.

To prepare for the next part of the lesson, I had printed out pictures using computer clip art and made picture cards of the animals in the book. Using the picture cards, we counted aloud together and discovered there were twenty-two animals. Jake was concerned about the total, however, and said, “I don’t think that’s right. The book showed more than that.” Looking back at the book, the children discovered that on some pages, more than one of the listed animal was shown. The class decided since the word a was used before each animal, we should count each animal as just one. Jake was then happy with the decision and accepted the count of twenty-two animals.

Returning to our earlier discussion, I said, “Ashley said that you couldn’t take care of some of the animals because they are wild. What do you think?” I gave the children a few moments to share their ideas with a neighbor before calling them back together to discuss as a whole group. The class decided that there were all kinds of animals in the book that should not be pets.

I asked, “If we were to put the animals into groups, how many groups of animals could we have?” Some of the children responded that we would have two groups: pets and not pets.

Emma said, “But I might not want the same kind of pet that you want, so I think it could be more groups.”

Julia realized that “a clam isn’t wild, but it isn’t a pet animal either.”

At that point, I randomly handed out the animal picture cards so each student had one. I directed the children to look carefully at their cards and decide what type of group their animal could be put in. I then started around the circle by asking the student to my left to place his card in the middle of our circle. It was a lizard.

The next child had a shark. The children said sharks lived in the ocean and couldn’t be wild animals like a lion. Nalani suggested that a shark is a wild animal also. Eventually the children agreed that sharks can be wild, but they wanted to create a distinct water category. Now there were three categories.

The next child had a lamb and wanted to move the lion to the lizard group and add the lamb so they could have a group that started with L. There were lots of comments about how the children hadn’t thought about grouping the animals by beginning letters, but the child that had placed the lion card didn’t want his card moved. It was decided that no cards would be moved until all students had placed theirs. We decided that if changes were to take place, children would have to raise their hands and explain their reasoning for making a change, and if the majority of the class agreed, then they could move the animal.

Once all the animal cards were placed, we took a close look at the graph we had created on the floor with the picture cards. At this point, we had five categories of animals laid out on the floor. After much debate, it was decide that the clam and frog should be moved from the “gentle” category to the “water” category.

When we were finished rearranging the animal cards to most students’ satisfaction, the children had sorted all the animals into the following categories: water, antennae, wild, gentle, and singing. Jack was very upset because he wanted the lizard in the wild group and not the gentle, but majority ruled. Other groups of children have come up with other categories—oviparous (we had just hatched chicks), backyard animals, animals with zero legs, two legs, four legs, six legs, jungle animals, zoo animals, and so on. Each time I’ve engaged children in this activity, they’ve come up with a different way to organize their data.

Once the picture cards were sorted, the children wrote about what they had created. We then moved the cards to the board, using magnets to hold them up, so we could use them for other activities. This initial activity with the cards allowed the children to think about important ideas involved in sorting; identifying animals’ characteristics and being able to articulate those characteristics gave us a lot of information.