A Remainder of One

In Teaching Arithmetic: Lessons for Extending Division, Grades 4–5 (Math Solutions Publications, 2003), Maryann Wickett and Marilyn Burns offer lessons that provide students experience with doing division in contexts, relating multiples to division, representing and interpreting remainders, understanding how division relates to multiplication, and more. This lesson, which Marilyn taught to fifth graders last spring, offers a variation on the lessons in the book. 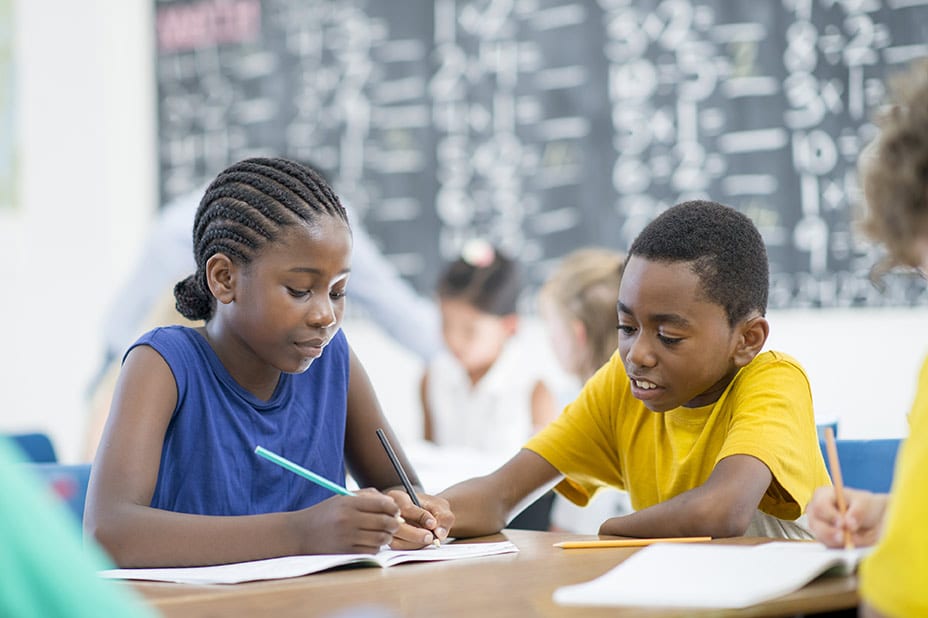 I began the lesson by writing on the board: 48 ÷ 3. “What does this mean?” I asked. “I’m interested in all of your ideas.” The students had a variety of ideas.

“It means how many times can three go into forty-eight,” Noelle added.

Emma suggested a word problem. “Suppose you have forty-eight apples and you share them among three people,” she said. “Then you have to figure out how many apples each person gets.”

“I know that the answer is sixteen,” Clay said.

Clay responded, “Because sixteen and sixteen is thirty-two, and then if you add sixteen more you get forty-eight.”

Next Greg said, “If you have forty-eight things and you put them in three baskets, then you figure out how many are in each basket.”

No one had mentioned that the groups had to be equal, an important idea when thinking about division, and I decided to use Greg’s suggestion to push that idea. I drew three baskets on the board and asked Greg, “So you would divide the forty-eight things among these three baskets?” He nodded. I wrote the number 40 in the first basket and the number 4 in each of the other two.

“Is this OK?” I asked. Some of the students giggled.

“No,” Brooke said. “You have to have the same amount in each basket.” The others nodded.

“You mean that the groups have to be equal?” I asked, paraphrasing Brooke’s idea to use the terminology of equal. The students nodded again.

“Yes, that’s very important,” I confirmed. “When we talk about division, it’s important that we’re talking about dividing things into equal groups.” I erased the numbers I had written in the baskets and wrote 16 in each.

All of the students’ ideas had related to sharing forty-eight into three groups; none of them had offered a suggestion about making groups of three. I gave a stab at this other interpretation of division—dividing forty-eight into groups of three, rather than into three groups. I asked, “What about if there were forty-eight people and I asked them to organize themselves into groups of three? How many groups would there be?” Some hands shot up immediately. I waited until more students raised their hands, and then I asked everyone to say the answer together, quietly.

“It’s the same thing,” Brooke said. “You just have to divide forty-eight by three.”

“Suppose these are people,” I said, drawing three small circles on the board in a group. I continued drawing until I had sixteen groups of three circles.

“But this is different than sharing forty-eight apples among three people,” I said, pointing at the three baskets with the number 16 written in each.

“They both work,” Noelle said. The others nodded, but I’m not sure they all understood that there are two ways to think about division—sharing (or partitioning) and grouping. Danielle, the students’ teacher, said that she’d been having trouble getting them to think about division as grouping, that the contexts they offered generally related to sharing. More experience with grouping contexts would be useful for this.

Shifting the Conversation to Include Remainders

I then wrote on the board: Remainder of 1.

I asked, “Can you think of any division problems that have a remainder of one in the answer? Turn and talk to your neighbor and see if you can think of any.” The room got noisy as the students conferred. After a moment, I called them to attention and had them report. They came up with a long list that included problems like the following:

Mason noticed that if the dividend was one more than the divisor, as in 8 ÷ 7 and 5 ÷ 4, the answer was always 1 R1. Then the list evolved into problems that always had an answer of 1 R1:

To make a shift from problems with this attribute, I asked them to think of problems that had the answer of 2 R1. The list they came up with included these:

I continued until I had listed about a dozen or so problems. As I recorded, I noticed that the first numbers were all odd. I shared this with the class. “What I notice about these,” I said, “is that the first numbers in the problems, the dividends, are all odd. I wonder if it’s possible to get a quotient of two remainder one if the dividend is even, say ten?” I wrote on the board:

I hadn’t thought about this before, which is always a risk when posing a problem to a class. But after some students made a few unsuccessful tries, Alexis came up with the answer of dividing by 4 12 . I wrote her idea on the board:

Alexis explained, “If you want a remainder of one, you have to find a number that you can multiply by two and get nine.”

Alexis replied, “Because if you have a problem where you divide nine by a number and get two, then if you divide ten by the same number, you’ll have a remainder of one.”

Then I asked what would happen if I changed the problem. I wrote on the board:

At this point, a troop of parents came into the room. They were on a school tour, getting ready for their own children to go to kindergarten. I explained the problem we were working on and invited them to try to solve the problem with us, which produced a few looks of panic in their eyes. I assured them that it would be a few years before their children brought home math work like this.

The students made several false starts in thinking about this answer and we analyzed each of their suggestions before we decided that 49½ was right.