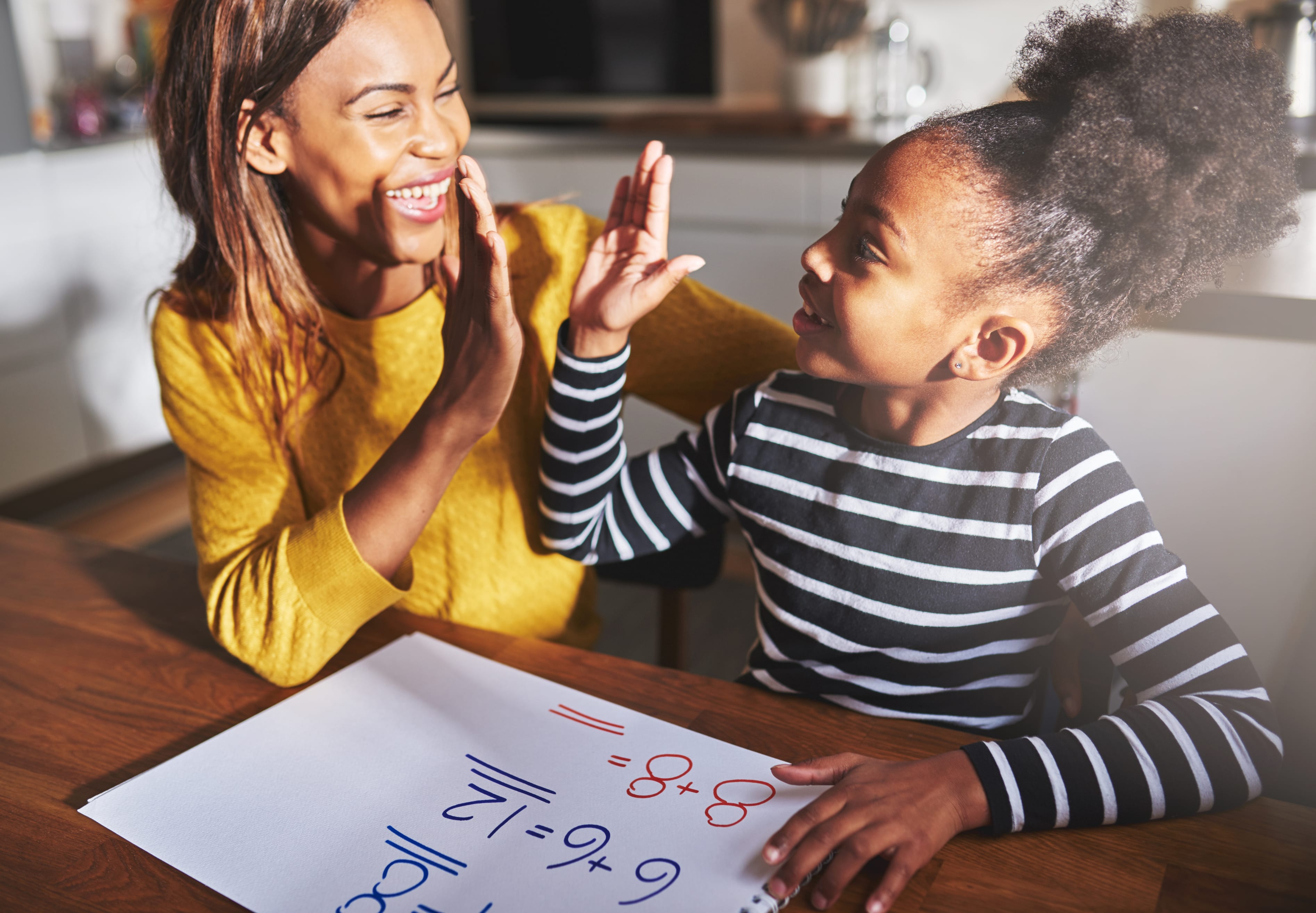 This activity is excerpted from Minilessons for Math Practice, Grades 3–5, by Rusty Bresser and Caren Holtzman (Math Solutions Publications, 2006). Amy Jackson presented this lesson to her students in Florence Elementary School in San Diego, California. In this dice activity, the class works together to generate the numbers one through twelve in order. Clear the Board offers opportunities for mental computation and helps build students’ number and operation sense. Students need to think flexibly and consider many possibilities in order to find the solutions to the computation challenges involved.

Amy Jackson wrote the numbers 1 through 12 vertically on the board and asked her students if they’d like to play a game. Their response was positive.

“Great,” she replied. “This game is called Clear the Board. Our goal is to systematically get rid of each number I listed. We have to get rid of the numbers in order, beginning with one first and then moving to two, and all the way to twelve.

Amy was surprised that students appeared to be struggling. Why didn’t they just point out that one of the dice came up with a 1? she wondered. Then she realized her directions might not have been clear enough.

“I need to clarify something,” she told the class. “Even though there are three numbers, you don’t need to use all of them. You can use one, two, or all three of the numbers rolled to make the number you need.”

Marcello raised his hand. “How about five minus three minus one?” he suggested.

While Amy was expecting a simpler solution, she wrote Marcello’s idea as an equation on the board next to the 1. Adriana suggested the need for parentheses around 5 – 3. Technically parentheses are not required in this situation; however, their use is not incorrect and adds clarity. Amy decided to include them. She then pointed out that since she had rolled a 1, they could use just that 1, and she recorded that on the board too.

“OK, now that we’ve made one, we can cross it off. We’re on our way to clearing the board. Next up is two.”

“Three take away one is two,” Enrique announced.  “You could also do five minus three,” Jamal pointed out.

Amy wrote equations for their ideas next to the 2 and then crossed off the 2. Now that the students understood the mechanics of the activity, she gave them time to talk in groups about ways to make the rest of the numbers. Soon the board filled up with a variety of solutions for the next few numbers. While Amy was impressed with the students’ flexible thinking and comfort with mental computation, she was concerned that the game would go on and on if she didn’t set a limit. The students were more interested in finding multiple solutions for each number than moving on to the next number. To keep the game moving, Amy decided to limit responses to one equation for each number. In a few minutes the board looked like this:

The class got stuck on eleven, so Amy told the students it was time to roll again. Before rolling, she asked a question to assess their comfort with the various operations.

“So,” she said, “I’m going to roll the three dice again. What numbers would you like to get now?”

This quick question showed Amy that her students were comfortable breaking eleven apart in different ways but were not as comfortable thinking about operations other than addition. Perhaps with more time and practice, they would open up their thinking.

She rolled the dice and got two 5s and a 1. She wrote these numbers on the board below where she’d written the first roll. Then she turned to the class.

“Just put five plus one plus five,” Kenyatta directed. Amy wrote the equation next to the 11 on the board.

“Let’s check,” Amy suggested. She pointed to the first 5 and the 1. “What’s five plus one?” she asked the class.

“OK,” Amy continued, “let’s see what happens if we start with the other two numbers.” She pointed to the 1 and the second 5. “What’s one plus five?” she asked.

“Hmm,” she concluded, “we get the same answer regardless of where we start. So we don’t really need parentheses for this addition equation.” She wrote on the board:

Although this wasn’t the time to go into a lengthy discussion about the purpose of parentheses or the associative property, it was a nice opportunity to model the concept and notation briefly.

Amy gave the students a minute to talk to a partner about how to use these rolls to make twelve. After some computational gymnastics, the students agreed that they couldn’t make twelve with those three numbers, so Amy rolled again. This time she got a 5, a 2, and a 1. She wrote these numbers on the board below the previous roll. The students took a minute to consider the possibilities. Christine raised her hand.

“I’ve got one,” she announced. “Five plus one times two.”

“Do I need to use parentheses for that equation?” Amy asked, reinforcing their prior discussion.

“Yes,” Christine told her. “Put them around the five plus one.”

Amy wrote the equation on the board and had the class double-check to make sure everyone agreed.

Amy crossed out the 12 on the board and congratulated the students for clearing the board. She asked how many rolls it took for them to accomplish their task. Since she had written each roll on the board, the students had an easy reference. Amy wondered aloud if they thought it would take more or less than three rolls when they played next time. Leaving them with something to think about set the stage for future experiences with Clear the Board.