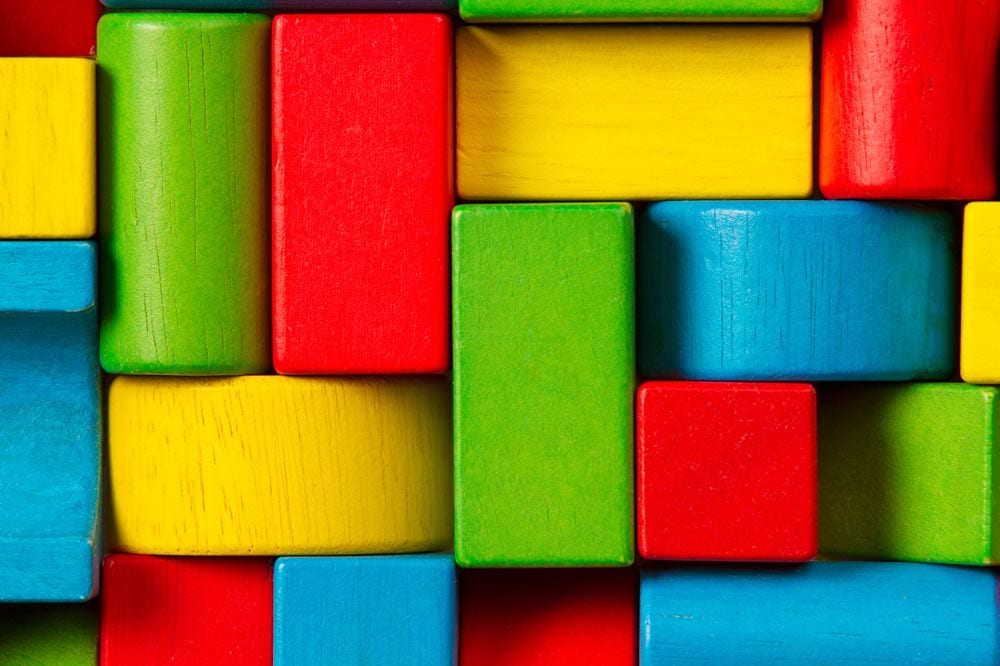 In this excerpted lesson, students divide “brownies” into halves by using either a spatial approach (focusing on the shapes of the fractional parts) or a numerical approach (calculating the number of square units in the shapes they create). In the full-length lesson of Dividing Brownies, which appears in Marilyn Burns’s Teaching Arithmetic: Lessons for Extending Fractions, Grade 5 (Math Solutions Publications, 2003), students continue with the investigation, dividing brownies into fourths and eighths.

Before class began, I drew on the board six 4-by-4 square grids like the ones on the worksheet the students would be using.

I asked, “Let’s see if we can figure out how to divide each of these grids in half in a different way. Think of each as a brownie that you’ll cut so that two people would each get the same amount to eat.” I called on Daniel.

“Just draw a line down the middle from the top to the bottom,” Daniel said.

“Do you mean a vertical line like this?” I asked, using the word vertical to reinforce this terminology as I drew a line. Daniel nodded “yes.”

“That’s what I was thinking,” Ali said.

“I know another way,” Eli said. “Draw the line across the middle.”

“Do you mean a horizontal line, like this?” I asked, drawing on the second grid.

“Another way?” I asked. I called on Katia.

“Make a slanty line. Start on the top, on the left, and then come down to the bottom on the right,” she said.

“Do you mean a diagonal line, like this?” I asked, drawing on the third grid. Katia nodded.

“Draw a diagonal line like Katia’s, but in the other direction, from the top right down to the bottom left,” Sophia said.

I did so on the fourth grid.

The class was silent.

I waited a bit more and then said, “Try to think of ways that don’t use one straight cut but that still cut the brownie into two pieces that are the same size. Talk at your tables and see what you can come up with.”

The noise level in the class rose as students began to talk. Some got out pencils and paper to sketch. It’s typical for a class to get stuck after these first four suggestions, but I find that if I give students time to talk together, they typically come up with other ways that work. After a few moments, I called the class back to attention. Lots of hands were raised. I called on Andrew.

He said, “This is really hard to explain. Can I come up and draw it?” I agreed, so he came up to the board and drew his idea.

“How do you know for sure that the two pieces are halves?” I asked.

“They both have eight squares in them,” Andrew said, dividing the grid into squares to show what he meant. “See, the whole thing is sixteen, so eight is half.”

I turned to the class. “Thumbs up if you understand what Andrew said, thumbs down if you’re not sure.” Carolyn and Lindsay had thumbs down, so Andrew explained again.

“See, there are sixteen small squares,” he said, counting them one by one to prove this. “So eight is half because eight plus eight is sixteen.” Carolyn and Lindsay were both satisfied.

Emmy added, “You can see they’re both the same. One is kind of upside down from the other.”

“Yes, I can see how you could rotate one and it would fit exactly on the other,” I said and then asked, “Who would like to divide the last brownie into halves in another way?” I called on Maria. She came up with her paper and drew on the last grid.

“I checked like Andrew did,” she explained. “They’re both eight.”

“Thumbs up if you agree, thumbs down if you want to challenge or would like more explanation,” I said. Everyone had a thumb up.

I then asked the class to look again at the brownies cut with diagonal lines, as Katia and Sophia had suggested. “Can you count the squares on these to be sure that each half is worth eight squares?” I asked. I wanted the students to think about counting and combining halves of squares. A buzz broke out in the class and I waited a moment before asking the students for their attention. Then I called on Claudia. She came up to the board and explained, using Katia’s brownie.

“See, there are six whole squares,” she said, drawing lines and marking Xs to show them on the bottom diagonal half. “Then these two halves make one more, and that’s seven, and two more halves make eight.” She looked at me.

I looked at the class and asked, “Questions?”

“Could you do that again?” Carolyn asked.

“OK,” Claudia said, and repeated her explanation. Carolyn was satisfied and there were no other questions.

I then told the students what they were to do next. I showed them the worksheet of grids and said, “I’m going to give each of you one of these. Look for ways to divide each brownie on the worksheet in half in a different way. For each brownie you divide, be sure that you can explain how you know that the two pieces really are halves.”

“Can we work together?” Melissa wanted to know.

“Yes,” I said, “but you each must record on your own paper.”

“Can we use the ones on the board?” Eli asked.

“I think it will be hard to fill the sheet,” Nick said.

“Just see how many you can find,” I said.

The students got to work. As I circulated, I noticed that some students relied on counting squares before drawing while others drew, then counted, and made corrections if necessary. As they worked, I erased the brownies we had divided on the board and drew six blank grids for a class discussion. When about ten minutes remained in the period, I called the class to attention. No one had completed the entire page, but they had done enough to make me feel confident that they understood the assignment. In the last few minutes of class, I had six students come to the board, divide one of the blank grids in half, and explain to the class how they had divided the grid into two equal pieces.