A Lesson for First Graders 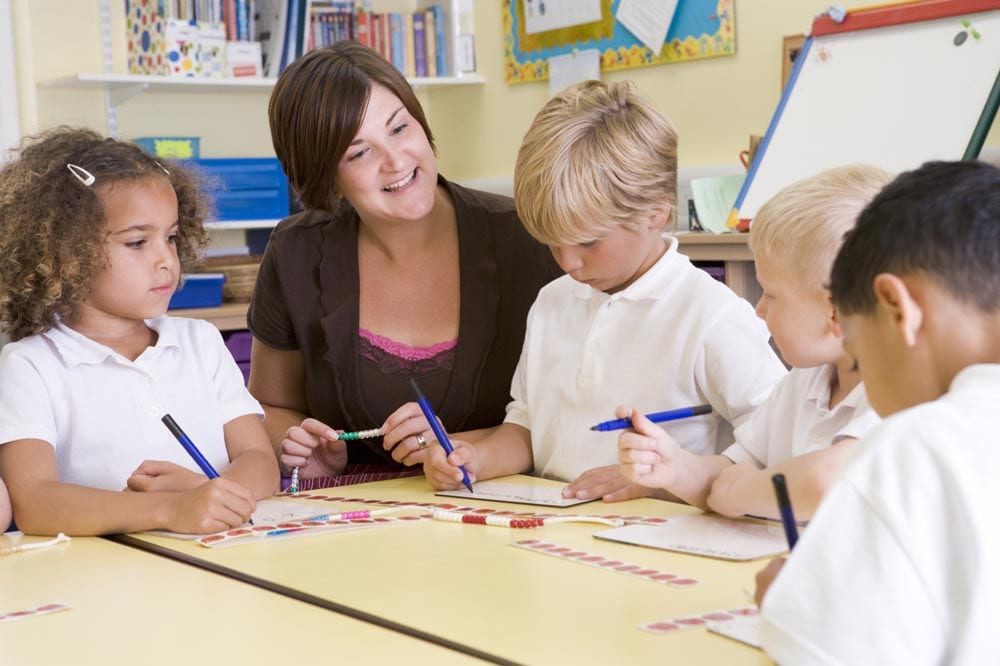 In First-Grade Math: A Month-to-Month Guide (Math Solutions Publications, 2003), Vicki Bachman offers teachers a thoughtful, practical way to plan for a year of comprehensive and coherent math instruction. Each month is organized so that it focuses on particular number concepts and skills, addresses another of the content strands of the math curriculum, and presents ways to connect mathematics instruction to other areas of the curriculum. The Button Game, which appears in the “September” chapter, introduces students to the concepts of same and different. First-Grade Math is one of a three-book series that also includes Second-Grade Math and Third-Grade Math.

Before introducing this activity, gather the following materials:

Invite the children to join you in the circle area. Read either The Button Box, by Margarette Reid, or the story “The Lost Button” from Frog and Toad Are Friends, by Arnold Lobel. After reading the story, ask if anyone has some buttons on his or her clothing today. Invite a few children to show their buttons. Encourage the class to discuss colors, shapes, numbers of holes, and other attributes of these buttons. Observe that all of these buttons are alike in some ways and different in others.

Pour your bag of buttons onto a plate so that everyone can easily see them. Hold up a button and discuss the article of clothing that it might have been attached to. Hold up another button and call attention to the ways in which the buttons are alike and different.

Put all of the buttons back on the plate, then walk around the circle, asking each child to select a button and place it on the floor in front of him or her. Take a button for yourself and sit down with the children.

Place your button next to that of the child who is sitting to your left or right. Tell the class that you and your partner are going to find one thing about your buttons that is alike and one thing that is different.

Ask your partner what he or she notices about the two buttons. Use the responses to identify an attribute that is the same for both buttons, then discuss a way that the buttons are different. (For example, perhaps they are the same because they are both white, and they are different because one is bigger than the other.)

Pair each child with a partner and have pairs spend a few minutes comparing their buttons. Then have the children take turns sharing their comparisons. On chart paper, keep track of the comparisons.

When the students have all shared their comparisons using the language of same and different, tell them you’re going to use their ideas to think about ways to sort buttons.

Ask the children to hold their buttons in the palm of their hands. Explain that you are going to repeat some of the ideas that people have shared. If the sorting idea is true for a particular child’s button, that child should place his or her button on the floor in front of him or her.

Call out some of the sorting criteria that the students cited when working with partners—for example, round buttons, buttons with two holes, white buttons, and so on. As the children begin laying down their buttons, start using comparison words such as most, more, and fewer. For example, “Most of the buttons are round” or “There are fewer buttons with four holes than two holes.” After each attribute is called out, the children pick up their buttons and decide again if the next attribute holds true for their particular button.

Replace the buttons in the bag while discussing with the children the importance of checking to ensure the bag is secure. Show the children where this and other sorting sets will be kept.