In the Next Three Seconds . . . Predictions for the Millennium 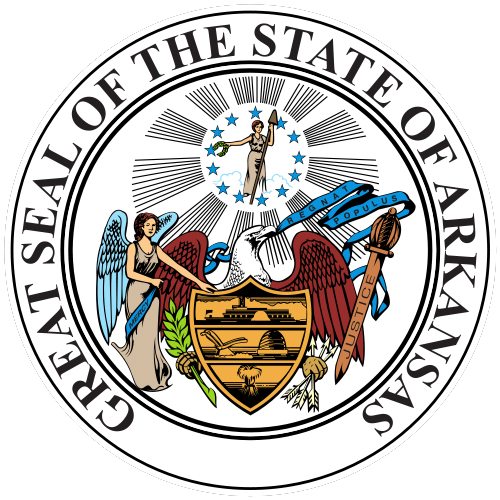 Rowland Morgan’s In the Next Three Seconds . . . Predictions for the Millennium (New York: Puffin, 1997) is a collection of predictions about everyday and not-so-everyday events that will take place in the next three seconds, the next three minutes, the next three hours, days, weeks . . . all the way up to the next three million years. Here, fifth graders explore just one of the predictions made in the book and use estimation, multiplication, and division to make a prediction of their own. This lesson appears in the new book Math and Nonfiction, Grades 3–5, by Stephanie Sheffield and Kathleen Gallagher.

I held the book so the students could see the cover as they came and sat down in the meeting area. The cover shows a large circle, which on careful inspection you can see is the outline of a pocket watch. Inside the circle are illustrations and words radiating from a central picture of the Statue of Liberty. The students squinted to read the small print surrounding the Statue of Liberty.

“Read us the one about the Statue of Liberty,” Roxanne asked.

I read, “In the next three seconds, Italians will drink a stack of cases of mineral water as high as the Statue of Liberty.”

I read a few more entries from the book’s cover to give the class a taste of what the book is like. When I opened the book, I purposely skipped the introduction, which gives directions for making your own predictions. Each two-page spread after the introduction covers a specific period of time, but always in increments of three: three seconds, three minutes, three hours, three days, three nights, three weeks, three months, three years, three decades, three centuries, three thousand years, and three million years. On the first two-page spread, I read almost all the entries for what could happen in the next three seconds. We learned that in the next three seconds, Russians will mail more than four thousand letters or parcels and that Americans will buy fifty-six air-conditioning units. The students were interested to learn that “ninety-three trees will be cut down to make the liners for disposable diapers.”

“Every three seconds they cut down that many trees?” Olivia asked.

“They don’t cut down trees at night,” Rick countered.

Cameron disagreed, saying, “It isn’t night on the other side of the world and they could be cutting the trees down there.” I thought this might be a good time to talk about how the author had made his predictions.

“Do you think people really cut down exactly ninety-three trees every three seconds?” I asked.

“No,” Burton said, “who could count all the trees being cut down all over the world at exactly the same three seconds? The author must be guessing.”

I turned back and read the introduction, which explains the role of counting throughout history, from caterers counting for imperial banquets in ancient China to the sophisticated counting we do today with computers. “The facts in this book are worked out from this great new wealth of information,” I explained.

“Do you think the author’s predictions are meant to be exact or estimates?” I asked. The children agreed that the predictions must be estimates, and I moved on to read the next page, which is about what will happen in the next three minutes. There is more to this book than could possibly be read in one sitting, so I read just enough to give the students the flavor of each section.

I then presented the problem I wanted the students to solve. “If you wanted to make a prediction about things that take three minutes or three hours, what is something you could easily count without leaving this room?” I asked. I suggested that they talk to someone sitting near them about their ideas. “Together, see if you can come up with something you could count in the room that would help you make a prediction about that same event in the future.”

The students talked together and raised their hands excitedly to report on their ideas.

Cameron said, “We think we could count how many times someone blinks their eyes in a minute and figure it out for three minutes or three hours.”

“That sounds workable,” I said. “Any other ideas?”

Ranna suggested, “We could count how many times you breathe. That would be easy!” We talked together and decided to choose these two options, breathing and blinking. Then we discussed how to gather the information we needed to make the predictions.

“I think it will be boring counting someone blinking for three minutes,” Andres mused. “Can’t we just count for one minute and multiply by three?”

“Absolutely,” I said. “You and your partner need to decide on the prediction you’d like to make, and then take turns counting each other’s breathing or blinking. Then think about the calculations you’ll have to do to make your predictions.” The students returned to their seats with their partners.

Ethan and Cecelia made a plan for timing. “I’ll time one minute and you count me blink,” Cecelia told Ethan. “Then we’ll multiply that by three.” Cecelia motioned to Ethan to start counting. He made a tally mark every time she blinked until she motioned again for him to stop. Cecelia counted up her blinks and found that she had blinked twenty times. Next they traded jobs and Cecelia made tally marks for Ethan’s blinks—twenty-two times in one minute.To find their average number of blinks per minute they added twenty plus twenty-two and divided by two. Next they multiplied twenty-one by three to find out how many times, on average, they blinked in three minutes.

Cameron and Mason’s average blinks in a minute were only five. They multiplied by three to get fifteen blinks in three minutes, then multiplied sixty by three. Confused, I asked, “Where did the sixty come from?”

Cameron answered, “There’s sixty minutes in an hour, so sixty minutes times three hours is one hundred eighty minutes. Then we multiplied that times five, because we blink five times every minute. That gives us nine hundred blinks in three hours.” (See Figure 1.)

Figure 1. Cameron and Mason clearly understood how to calculate the number of times they could blink in three minutes, three hours, and so forth.

Ingrid, Douglas, and Ranna took turns timing one minute and counting each other blinking.They used twelve blinks per minute as their average. Ranna explained what they did: “First we multiplied twelve by three and found out we blinked thirty-six times in three minutes. Then we knew that there are sixty minutes in an hour, so we timesed sixty by three and got one hundred eighty.”

“That’s how many minutes in three hours,” Douglas cut in.

“Right,” Ranna continued. “So we multiplied one hundred eighty times thirty-six and got six thousand five hundred forty.” I noticed that they had made an error when adding partial products, incorrectly adding eighty plus sixty, because one of the zeroes in the tens place looked like a six. Because of this error, their other calculations were off. (See Figure 2.)

Figure 2. Ingrid, Douglas, and Ranna made a computation error in one of the early steps and had to recalculate.

To follow up on this lesson, students could research other pieces of information, such as these: