Annette Raphel asks an important question in this new book: What constitutes good and meaningful math homework? Through her rich bank of math homework assignments, teachers come to see how homework can reinforce skills, prepare students for future lessons, extend their mathematical knowledge, and inspire their creativity. 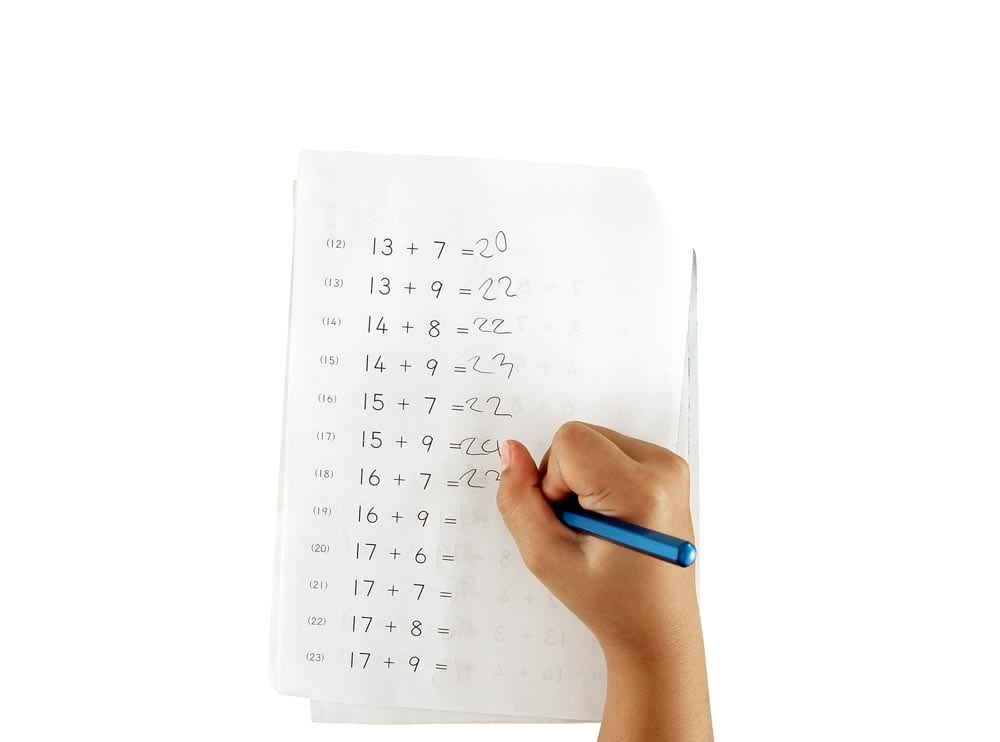 This assignment, at ﬁrst glance, doesn’t seem very difﬁcult. But when I asked my sixth graders to solve this problem for homework, I also asked them to take notes about how they solved it. When we shared our approaches, I was convinced that the rote teaching of the three methods of solving percent problems is far less satisfactory than developing students’ wider sense of number.

Deema said, “I found out that one percent of the number is three divided by ﬁve, since three is ﬁve percent. The answer is three ﬁfths, which I know is point six. Since I want thirty percent, I just multiply point six by thirty, and I get eighteen. The answer is eighteen.” I wrote what she said in shorthand on the board:

Joan said, “I knew that there were six ﬁves in thirty, so there must be six threes in the number. That number is eighteen.” I wrote:

“Wow, that makes so much sense!” said John, amazed by Charlotte’s simple explanation.

“Well, my dad always says to draw a picture, and that’s a good idea, but I don’t always know what picture to draw.”

“Let’s see if we can help,” I suggested. I drew a big rectangle and divided it into ten long thin rectangles. “Each of these is ten percent.”

Sam chimed in, “Just cut them in half, and then each will be ﬁve percent.”

I colored one twentieth in and labeled it ﬁve percent. John got excited. “I know, you count by ﬁves and color one of those sections in each time until you get to thirty. Let’s see, you’d color in six of them. That’s sixty percent.”

“No,” said Mike, correcting John, “I thought about it that way too, but without the picture. I said that ﬁve percent is one twentieth and twenty times three is sixty, so that means sixty is the whole number. Finding thirty percent of sixty is eighteen.”

“Wait,” said John. “What does that have to do with my picture? I didn’t have to ﬁgure out the whole number, I just know that I colored in six blocks and each one is worth three. Oh yeah, that means eighteen is thirty percent. I agree with Mike.”

I used to worry about spending so much class time discussing a homework assignment. However, as the TIMSS’ (1996–98) results suggest, what we really want is thorough understanding as opposed to an acquaintance with a wide variety of topics.