A Lesson for Third through Sixth Graders

Developing Number Sense, Grades 3–6, is a new teacher resource book written by Rusty Bresser and Caren Holtzman. The book contains 13 lessons, each tested by Rusty and Caren in several classrooms. All of the lessons focus on developing strong number sense in students. Each activity has four components: an overview that identiﬁes the math understanding and skills supported by the lesson; speciﬁc teaching directions; an extended vignette that describes what really happened when the lesson was taught to students; and answers to one or more reﬂective questions. Following is an excerpt from one of the activities, One Time Only. I tried the activity with fourth and ﬁfth graders, and it was terriﬁc. Of course, the lesson unfolded in its own unique way in my classroom, as it will in yours. Enjoy it with your students! 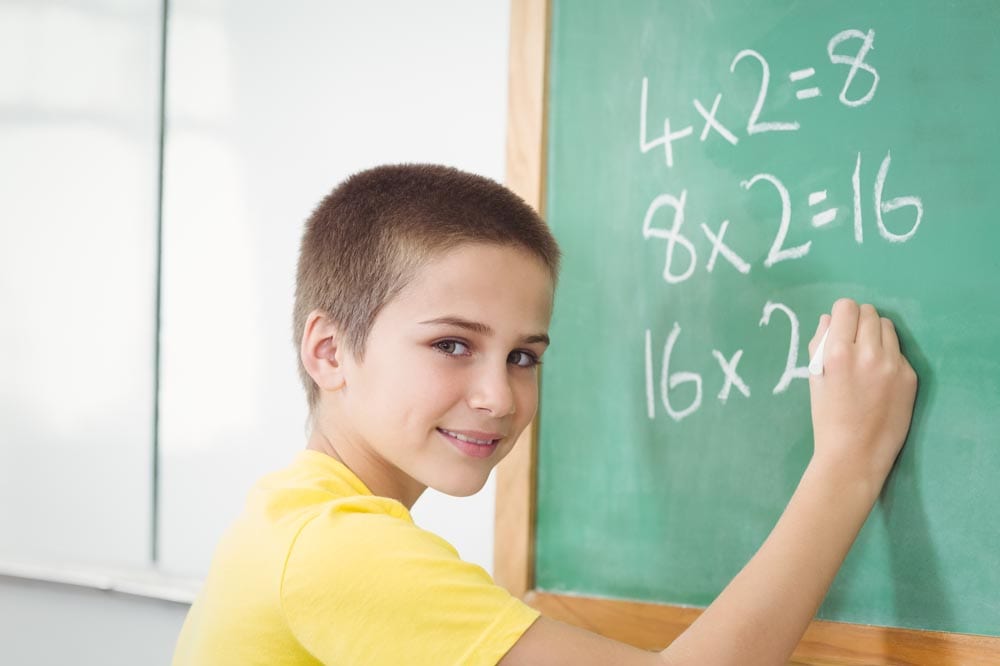 Upper elementary students beneﬁt from activities that help reinforce their understanding of factors, multiples, and prime numbers. In this two-person game, students take turns identifying factors of successive numbers, continuing until one of them can no longer contribute a new number.

Directions for Playing the Game

“Today I have a game for you,” I announced to the sixth graders in Lyndsey Lovelace and Shea Carrillo’s class. “It’s called One Time Only. To play the game you need a partner. One of the partners begins by picking a number greater than one and less than 100. So you can see how it works, the whole class will be my partner for this ﬁrst game. There are just a few rules, and I’ll explain them while we play.”

I wrote 36 on the overhead.

“Now it’s your turn,” I said. “You need to think of a factor of 36. Can anyone tell me a number that goes evenly into 36? Another way to think about it is by skip counting. Which numbers can you skip count by and get to 36?”

By introducing several ways to think about factors, I hoped to explain the game more quickly. If I’d just asked for a factor of 36, students who weren’t sure what a factor was or who weren’t sure about the difference between a factor and a multiple might not have been able to participate. As the students used the terminology in the context of the game, they’d become more comfortable with it.

“How about six?” offered Fred.

Several students nodded or vocalized their assent. I pushed for more of a commitment. “Who can explain why they think six is a factor of 36?” I asked.

Jessie raised her hand. “Because six times six is 36,” she explained.

“Well, yes,” I responded, “two is a factor of itself, but one rule is that you can’t use the same number twice. That’s why the game is called One Time Only. If a number is already written down you can’t use it again. Can anyone think of a factor of two that’s not already up here?” I asked, pointing to the overhead.

“Well, that brings up another rule in One Time Only. You can’t use one. You’re correct, Ali, that one is a factor of two. But in this game you’re not allowed to use one. So you can’t use a number that’s already up there and you can’t use one. Those are the two main rules of this game. Can you think of any other factors of two?”

“How about four?” asked Chrissy.

“How do you know four is a factor of two?” I inquired.

“Because two times two equals four,” Chrissy explained. Chrissy had confused factors and multiples. I was glad she had made the multiplication connection, but I needed to prompt her a bit to get her back on track.

“I know that two is a factor of four, because I can count to four by twos,” I said to her. “But it doesn’t work the other way around. Four isn’t a factor of two, because you can’t count to two by fours.”

“Does anyone know what we call four in this situation?” I asked the class.

“A multiple!” exclaimed Neal. “If you can times a number to get the number it’s a multiple. Like 36 is a multiple of six because six times six is 36.”

“All right,” I continued, “so are there any factors of two besides two and one?”

“Can we use fractions?” asked Howard.

“Sorry,” I told him, “but factors need to be whole numbers, like the numbers you use to count. Take a minute and talk at your tables,” I suggested. “See if you can think of any other factors of two.”

“Not if we can’t use fractions,” Ana qualiﬁed.

“Well,” I told the class, “you’re right. There are only two factors of two, two and one. Does

anyone know what you call a number that only has itself and one as factors?”

“Yes, those are prime numbers.” I wrote prime next to 2 on the overhead. “In One Time Only when you hit a prime number you add seven to it. So what’s two plus seven?”

I wrote 9 on the overhead under the 2.

“How many times can you use plus seven?” Jessie asked.

“There’s no limit,” I explained. “Anytime you’re playing and a prime number comes up, you just add seven to it. It’s my turn again and I need to put a factor of ten that’s not already listed. I’ll say ﬁve.”

“Oh no,” exclaimed Alejandro, “another prime number for us.”

I raised my eyebrows in feigned surprise as I looked at the numbers on the overhead. “Wow, it is a prime number.” I agreed. “You keep getting prime numbers on your turn. I wonder if that always happens in this game. Maybe there’s a pattern.” While I knew that this particular pattern didn’t always happen, I took the opportunity to spark a little curiosity. I hoped that in subsequent games students would pay more attention to patterns in general as they played. Looking for patterns is a powerful way to build number sense, particularly when students have opportunities to think about the patterns and their relationships to numbers and operations. I referred to the string of numbers on the overhead, which now looked like this:

“Right,” I agreed, “so now it’s 12.” I wrote 12 on the overhead. “Hmm,” I said, “I need to ﬁnd a factor of 12 that’s not already up here.” I paused for a few seconds to give students a chance to review the numbers and think about factors of 12. I also wanted the students to see that math involves taking time to think.

“I know,” I brightened, “I’ll say four.” I wrote 4 on the overhead beneath the 12. “Now you need to ﬁnd a factor of four that’s not already up here. Talk at your tables for a minute or two and see what you can come up with.”

“Well,” Fred explained, “we’re not allowed to use one. Four and two are used already. There are no other factors, so we can’t go.”

“Does everyone agree with Fred and Ali?” I asked, looking around.

The nods and yeahs were unanimous.

“Then I guess the game is over,” I said. “This time I won, because I was the last player to add a number to the list. You want to get your partner stuck so she or he is unable to add a number to the string. But winning isn’t really the important part of this game. You’re going to play a bunch of times, and sometimes you’ll win and sometimes you’ll lose. The important part of the game is the mathematical thinking that you do.”

I played one more game with the whole class. This second game went more quickly, because I didn’t need to stop to explain the rules and vocabulary. After two games, I was satisﬁed that the students understood the rules and knew how to determine a winner. The factor concept had been reinforced, the term multiple had been introduced in context, and the students knew how to identify prime numbers. The students were ready to play with their partners. In addition to having practice with multiplication facts, students who play One Time Only search for winning strategies by thinking about relationships among numbers and factors. In so doing, they build their number sense.