The 512 Ants on Sullivan Street 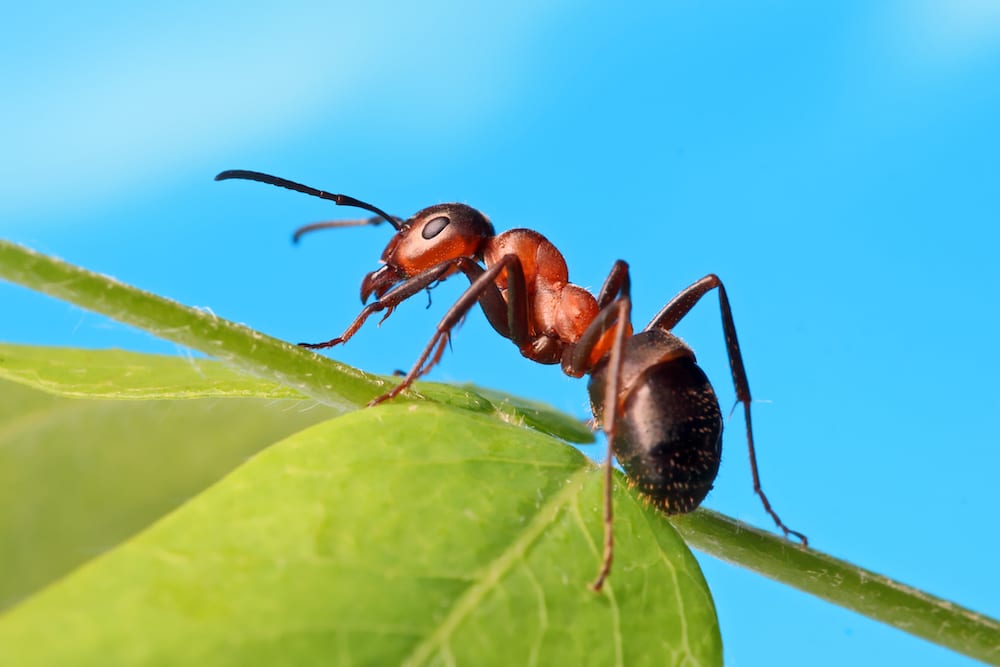 A Lesson for Third Graders

This lesson is excerpted from Maryann Wickett and Marilyn Burns’s new book, Teaching Arithmetic: Lessons for Extending Place Value, Grade 3 (Math Solutions Publications, 2005). Children’s understanding of place value is key to their arithmetic success with larger numbers, and this book is important for fostering their understanding. In this lesson, based on a children’s book, children think about what happens to the magnitude of numbers when they double over and over and how doubling relates to addition and multiplication. They also apply their understanding of place value to solve subtraction problems.

The students gathered around me, chatting about the book I was holding, The 512 Ants on Sullivan Street, by Carol A. Losi (Scholastic, 1997). I settled them down and read aloud the book’s first two spreads, which introduce one ant walking away with a crumb and two ants taking part of a plum. I asked the children to predict the number of ants that would be taking food from the picnic basket on the next page. Some students thought it would be three ants, stating that there could be a pattern that increased by one ant each time. Others thought there would be four ants, suggesting a doubling pattern. A few made random guesses, thinking that there was no pattern at all to the number of ants.

I continued reading and we learned that next, four ants make off with a barbecued chip. I recorded on the board:

As I finished recording, students waved their hands, eager to share. I called on Jessie.

Jessie said, “It’s a doubling pattern. One plus one equals two. Two is next. Two plus two equals four. And four is the next number. I think the next number after that will be eight because four plus four equals eight.”

I read the next spread to verify that eight ants come along next, this time carrying off a bacon strip. I said, “It seems as if there is a doubling pattern. What’s a way we can show a doubling pattern with multiplication?”

To be sure Karena understood the connection between doubling and multiplying by two, I nudged, “It would be helpful if you could explain your thinking and give an example.”

Karena explained, “The times sign means groups of. And doubling means two of something. So instead of one plus one, you could think of it as two groups of one. You’d write that with a two, then a times sign, and then a one. That equals two just like one plus one equals two.”

I pointed to 2 + 2 = 4 and asked the students, “How would I write this as a multiplication sentence?”

With the students’ help, the recording soon looked as follows:

The children continued to make predictions about subsequent numbers of ants. I verified by reading the story and continued to record on the board. When we got to thirty-two ants, I asked, “If I wanted to put the ants into groups of ten, could I? Would I have any ants left over?”

Karlee said, “There will be ants left over, but I’m not sure why.”

I continued reading the story and together we finished the chart we’d started showing the patterns of doubling both by adding and by multiplying by two.

I then asked, “Remember in the story when thirty-two ants hauled a wing and a leg? What if they needed fifty ants for that job? How many more ants would they need?”

When most of the students had their hands up, I called on Adama. She said, “You need eighteen. The problem could be fifty minus thirty-two, but all you have to do is start with thirty- two and count up to fifty. Thirty-two plus ten equals forty-two; then eight ones make fifty. Fifty minus thirty-two equals eighteen.”

Roberto said, “You could start with thirty-two and add eight ones to make forty and then one group of ten to make fifty. Eight and ten equal eighteen, so thirty-two plus eighteen equals fifty.”

Tina had a different strategy, and I recorded hers as well.

I then wrote on the board: At a nearby picnic, 64 ants want to carry away a huge dill pickle. Although the ants try their best, they can’t move the pickle. They decide that 100 ants could do the job. How many more ants are needed?

I handed each student a sheet of paper and I explained, “I’m interested in knowing what each of you thinks and understands, so please do your own work.”

and which would rely on the standard algorithm or another means of figuring. I was also interested in which students would solve the problem using subtraction and which would choose addition.

Keara used subtraction and her knowledge of place value to solve the problem. Although she subtracted, she did not use the standard algorithm. She subtracted the tens first and then the ones. (See Figure 1.)

Figure 1. Keara used her knowledge of place value to successfully solve the problem.

Adama first solved the problem using addition; then she used the standard algorithm as a check. (See Figure 2.)

Jessie counted on from sixty-four, using tally marks grouped in tens to help her find an answer. (See Figure 3.)

Tobias started with 64 and counted up by tens until he got to 104, for a total of four tens, or forty. Then he counted four back from 104 to get to 100. Finally, he subtracted four from the four tens, or forty, to get thirty-six. (See Figure 4.)

Figure 2. Adama counted on using tens and ones to find the solution.

Figure 3. Jessie used tallies and added on groups of tens and ones to help her solve the problem.

A few of the students needed help, and in order to give them assistance, I gave the others a third problem to solve. I wrote on the board:

I then gathered Jenae, Jade, and Rachel to give them help while the others went to work.