A Lesson with Sixth Graders

by Ann Lawrence and Charlie Hennessy 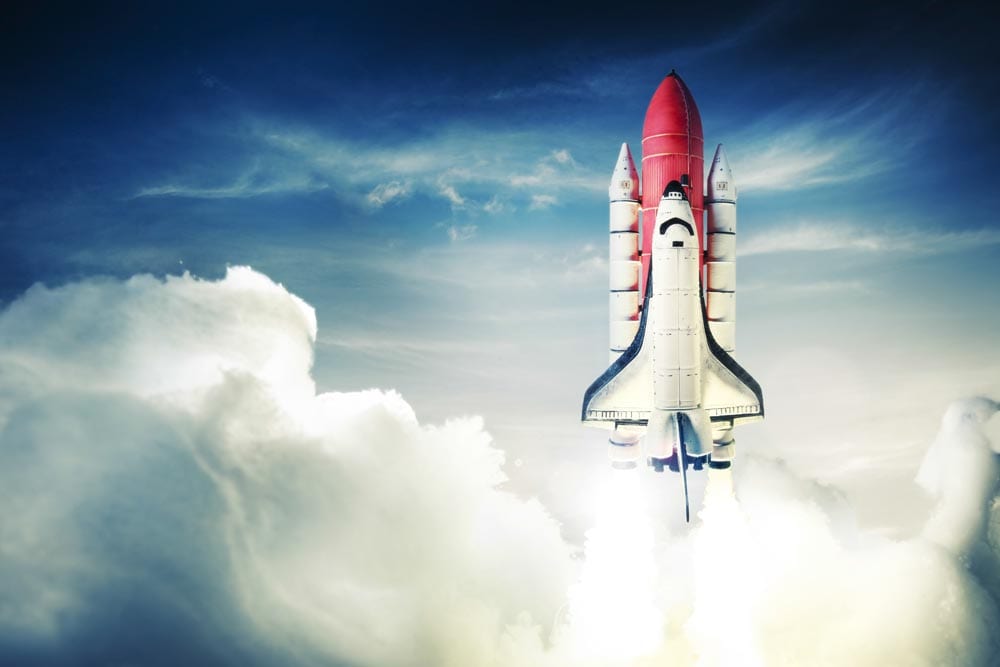 In this introductory lesson on algebraic thinking, students explore several stages of a rocket built with pattern blocks, record the number of blocks for each stage on T-charts, and find rules to describe the pattern. This activity appears in Ann Lawrence and Charlie Hennessy’s new book, Lessons for Algebraic Thinking, Grades 6–8 (Math Solutions Publications, 2002).

Using overhead pattern blocks, I built the first three stages of the Rocket Pattern and projected them on the screen at the front of the room (see Figure 1). I asked the students to use the pattern blocks at their desk and build a Stage 4 rocket. Barry was the only student who was initially confused, but an explanation from Jack helped clarify. All of the students successfully produced a Stage 4 rocket (see Figure 2).

I then asked everyone to build, draw, or describe in words a Stage 5 rocket. Most chose to build or draw it. Cemmie, however, wrote, A Stage 5 Rocket is just like all the others except it has 5 puffs of smoke.

“So who can describe a Stage Ten rocket?” I asked. Several hands went up.

Suzi said, “It’s a rocket with ten puffs of smoke.”

Camille clarified, “I would say it is a rocket made from a square, a triangle, and a trapezoid, and ten rhombuses for the puffs of smoke.”

“Draw a T-chart,” Chelsie offered. Some of the students weren’t familiar with T-charts. Unfortunately, many students entering middle school have never been asked to record and examine data in a table or don’t remember having done so. I make sure early in the school year to introduce or remind my classes about using tables to record and interpret data.

Through the years I have become convinced that using tables is the single best path to developing understanding of variables, a vital concept in the development of algebraic thinking. I asked Chelsie to comeup to the board, draw one, and explain it to the class (see Figure 3).

After Chelsie explained, Emily added, “It makes sense to me that thetotal number of pieces increases by one for each stage because we added one puff of smoke each time. But if I think about it without looking at the chart, I get confused. We started with four pieces, so why isn’t the total for a Stage Ten rocket fourteen pieces — four to start with and then ten puffs?”

Scot pointed out, “Actually, you had only three pieces to start with — the triangle, the square, and the trapezoid. And then you added one rhombus (or the puff of smoke) to get a whole Stage One rocket.”

I projected the image shown in Figure 4 onto the screen. I asked Robin if she could look at the Stage 1 rocket, break it into the parts listed in the center column, and tell what numbers to write for Stage 1. She said, “For the Stage One rocket there are three pattern blocks in the rocket itself and one pattern block for the puff of smoke, so there is a total of four pieces.”

Teddy told the numbers for Stage 2 in the T-chart, “For Stage Two, the rocket has the same three pieces, but there are two puffs of smoke, so the total is five pieces.” Teddy also said that he thought the last column should be labeled “total number of pieces” and I made the change.

For Stage 3, Emily explained, “For Stage Three, you add three pieces for the rocket and three puffs of smoke, a total of six pieces.” (See Figure 5.)

Next I asked the students to look carefully at the center column of our T-chart, try to find any overall pattern there, and raise their hands when they found one. Soon nearly every hand was raised. Daniel explained, “For every stage, there are three pieces in the rocket and one more puff than in the last stage.” Most middle school students come to us thinking iteratively— that is, basing their understanding of a pattern on the change from one stage to the next.

I then asked questions to introduce the ideas of constant and variable. “Who can tell us which part of the Rocket Pattern stays the same?” I asked.

“Yes,” I said and explained that mathematicians refer to a part of a pattern that remains the same for every stage as a constant. I introduce essential vocabulary as it applies in a relevant context, which increases students’ understanding and makes it more likely that they will recall the meaning of terms later.

I then asked, “Who can tell us which part of the pattern changes from stage to stage?” All agreed it was the number of puffs of smoke, so I explained that mathematicians call any part of a pattern that changes variable. I did not expect the students to remember precise definitions but hoped instead that they would begin to develop an intuitive understanding of these important ideas.

Next I gave a short writing assignment, asking that each student try to think of a rule for figuring the total number of pattern block pieces for any stage in the Rocket Pattern. When everyone had something written down, I asked the students to share their rules. Jeremy said, “To get the total for any stage, add one to the total for the stage before it.”

I asked whether this rule would work and most students nodded. I asked for a volunteer to use the rule for Stage 11. Teddy volunteered. “There would be fourteen pieces because there were thirteen pieces in Stage Ten and thirteen plus one equals fourteen.” Everyone agreed. When I asked who else had written the same rule as Jeremy, more than half the students raised their hands.

Camille had a different rule. “Total pieces equal three, plus one more than the rhombuses in the stage before.” Cemmie demonstrated Camille’s rule for Stage 11 by adding 3 + 10, the number of rhombuses or puffs from Stage 10, plus 1.

“Are the two rules the same?” I asked.

Josh answered, “Not exactly, but they both work. And for both, you have to know something about the stage before it to get the answer.”

I explained to the class that Josh’s comment had two important mathematical ideas. “First,when two rules both work for the same pattern, the rules are called equivalent,” I explained.I added that there are often several equivalent rules for a pattern, all of which give the same results and all correct. I continued, “Rules that depend on knowing the results of the previous stage are called iterative rules and can be used to describe many real-world situations, like computer spreadsheets.”

When I asked whether anyone had another rule to share, Thomas raised his hand. “My rule is ‘Three plus the number of puffs,’ which is the same as the stage number, or ‘Three plus s.’” There were, as I anticipated, more than a few frowns around the room. I asked Thomas to explain his thinking and use his rule for Stage 11.

He said, “For every stage, you have the three pieces in the rocket and some puffs of smoke. I noticed that the number of puffs is always the same as the stage number; like for Stage One, there is one puff, for Stage Two, there are two puffs, and so on. So, for any stage, you can always add the three pieces of the rocket and the number of puffs, which you know matches the stage number. For Stage Eleven, you would add three plus eleven equals fourteen.”

Several of the other students immediately understood Thomas’s reasoning and its implications. “With Thomas’s rule,” Chelsie blurted, “I can do any stage quickly.”

Thomas went to the overhead projector. He added a row in the T-chart for Stage 20 as he spoke. “My rule is ‘Total equals three plus s.’ For Stage Twenty, you would add three (the number of pieces in the rocket) plus 20 (the number of puffs of smoke). You know there are twenty puffs because the number of puffs is always the same as the stage number,” he explained, pointing back and forth to the columns under ‘Stage’ and ‘Puffs.’ “So there are twenty-three total pieces. The s just stands for ‘stage number.’ I learned you can do that last year.”

Barry nodded slowly. “I think I understand what you are saying. I might be able to use your rule, but I would never have thought of it.”

“Soon, every student in the class will be discovering rules like Thomas’s,” I assured Barry. I then asked everyone to try using Thomas’s rule for Stage 100. I suggested that each student try to picture the rocket in his or her head and look back at the table on the screen before he or she started using the rule. I then asked Barry to try to explain what he did. He went to the overhead and said, “For Stage One Hundred,” writing 100, “there would be three pieces in the rocket,” writing the 3, “plus,” writing the + sign, “one hundred for the puffs of smoke,” writing 100, “for a total of one hundred three pieces,” writing the sum.

“Did everyone get that answer?” I asked. They did, and I asked them to figure out the blocks for Stage 50, without writing in the T-chart if they could. All reported success.

“Thomas’s rule,” I explained, “is called an explicit rule because you do not have to know the answer to the previous step in order to use the rule and get an answer for any stage. The s in the rule is called a variable because it stands for a value in the pattern that changes from stage to stage. In this rule, s stands for the stage number or the number of puffs, and s equals twenty for Stage Twenty while s equals one hundred for Stage One Hundred. Does that make sense to you?”

The students nodded, but I knew it was most likely that some had only a glimmer of what I had just said. After all, this was our very first exploration! Understanding of variables does not come instantly for most students, but over time from many varied experiences.