In Writing in Math Class (Math Solutions Publications, 1995), Marilyn Burns shows how writing helps students actively engage in their thinking about math; how it deepens and extends their understanding; and how it encourages them to examine their ideas and reﬂect on what they have learned. Also, student writing helps teachers assess their learning. In the following excerpt, she shares how Cathy Humphreys uses writing to help her middle school students learn to use protractors. 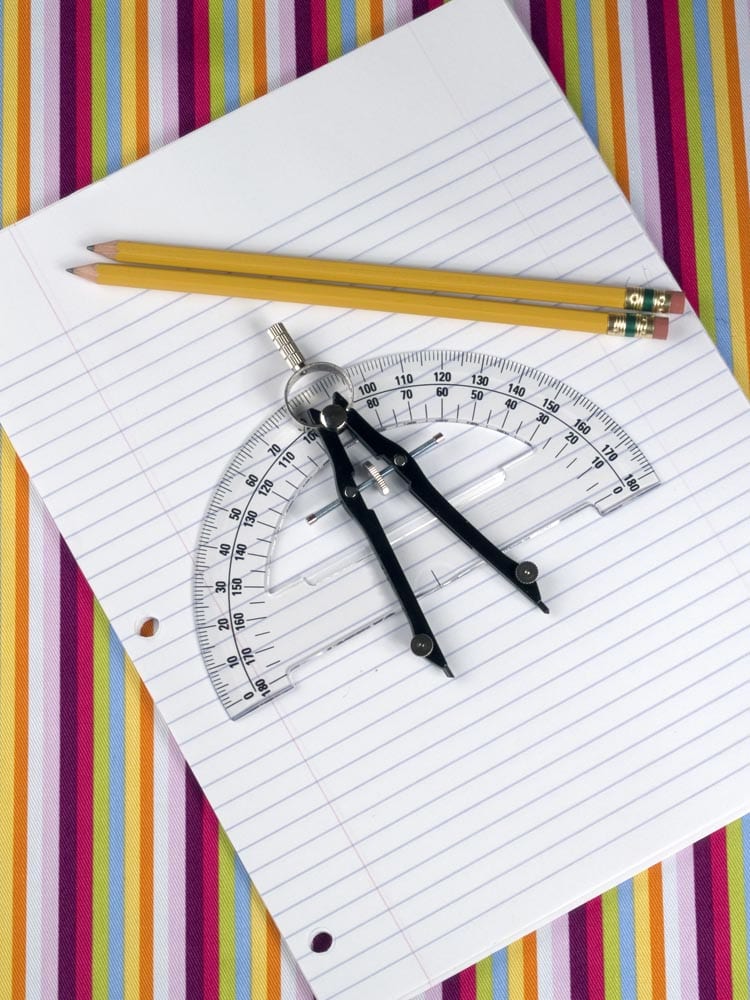 From her past experiences teaching middle school students about angles, Cathy Humphreys knew that students often have difﬁculty learning how to use protractors. Often they don’t see the need for the tool, so Cathy does not introduce protractors until after the students have had concrete experiences measuring angles several ways.

“It may be helpful to use a right angle as a reference,” she suggested, “since you already know a right angle is ninety degrees.”

After a while, Cathy called the class to attention and asked the students to share what they had noticed. Then Cathy gave them the challenge of ﬁguring out how to use the protractors and writing directions that someone else could follow. She said, “Your directions should tell how to measure angles and also how to draw angles of different sizes. You can include drawings if they will help make your directions clear.”

Before the students began, Cathy wrote protractor and angle on the overhead for their reference and asked them what other words about angles they might use. She listed all the words the students suggested: acute, right, obtuse, straight, degrees.

Students expressed their thinking in different ways. Jenny and Sara, for example, wrote the following directions for measuring an angle: First, you make an angle. Then you place the bottom line of the angle on the line of the protractor. Then you put the dot on the vertex of the angle. Then you ﬁnd out what degree the angle is. If you can’t ﬁgure it out, you do this. First you ﬁnd out if your angle is obtuse or acute. If it’s obtuse you use the top line, if it’s acute you use the bottom line. Then you get the arrow and take it up to the number and the number that the line hits is the degree of your angle.

Ron M. and Ron S. wrote: You place the vertex of the angle you are measuring in the middle of the hole. The hole is on the bottom of the protractor. When measuring, let’s say that it is 69 degrees. On the protractor it does not say 69°. Only 50, 60, & 70. What you do is measure and count by the lines on top of the protractor.

In Figures 2 and 3, students explained in different ways how to use a protractor.

Related Publication:
Writing in Math Class: A Resource for Grades 2–8
by Marilyn Burns