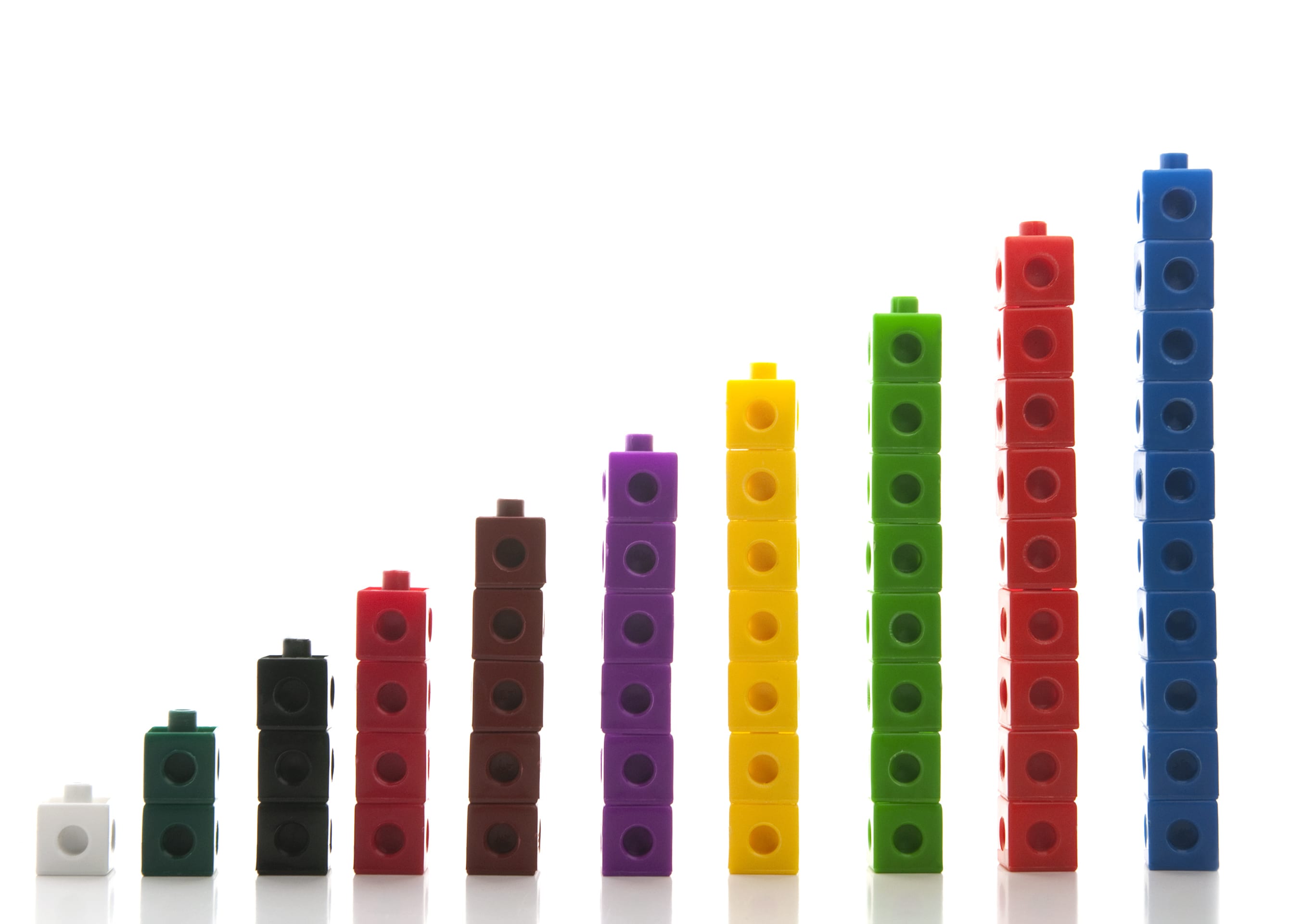 “It’s as easy as 1, 2, 3” is a misnomer when working with small children. As adults, it can be challenging to understand how something we regard as simple—such as counting—can be complex for children. So why is it complicated for kids? Well, as adults, we regularly use counting in different contexts, such as determining quantity (like a half-dozen bagels), measuring (doubling a recipe), classifying (such as jersey numbers), and identifying (like when we distinguish addresses). Recognizing this, and initiating plenty of discussions and opportunities for students to explore different usages of numbers in counting will be super beneficial.

Counting goes beyond the simple act of rote recitation, which is often what is assessed in schools. Counting develops parts of the brain that will be instrumental in future mathematics. Yes, it is important to know the number names, but simply knowing numbers does not make students proficient counters. Let’s compare. Do we recognize children as fluent readers simply because they can sing the alphabet song? Of course not! So let’s consider what else students need to bring to the table to be proficient in counting.

One-to-one correspondence is an important development in becoming proficient in counting. It is quite different from rote counting. Rote counting is basically reciting the numbers in order, while one-to-one correspondence involves matching an item to the number name, which is a much more complex skill for children. It typically includes touching the object in a set as the number is said aloud. For example, a child would demonstrate this skill touching each block in a set once while announcing the corresponding number aloud. We know we cannot talk children into learning; it is a process that is most successful when we help students develop this desire to learn for themselves as they perform stimulating hands-on experiences. As students participate in these one-to-one correspondence activities, talk to them about their findings, and if they recount, why the quantity stayed the same or seemed to change based on their organization of the items.

A simple assessment is to lay out a few items for children to count. What do you observe? Are there certain numbers students skip? Are they recounting the same items? What happens when you remove some items and have them recount? Be sure to have centers or opportunities for students to explore many types of items. For the very beginning counters, consider having them count along to literature and/or act out a story. For example, Five Little Monkeys provides a great opportunity to add the physical element. Whether they are acting out the story, using counters corresponding to the number of monkeys as the story is told, or using a ten frame to show the number of monkeys, students won’t be able to resist having fun as they develop this critical skill.

Cardinality is also an important concept for young counters to learn. It basically means that the number of objects counted remains constant regardless of the arrangement of objects or order. Students need to develop the understanding that each successive number is referring to a quantity that is one larger, for example, knowing that four is a part of five. It is typically expected that around age 4, children can count a group of 1–5 objects and be able to correctly answer the question of how many with accuracy. Groups of 6–10 usually occur roughly around the age of 5.

Have you seen children count their five fingers? When asked how many fingers they have, many will have to recount. This is a simplistic example of conservation of numbers, which is another critical aspect of counting that must be developed in young learners. Simply put, it means that a child realizes that once a set of objects has been counted, the number of objects stays the same. Students need to master this concept to be successful with place value and future operations. Because this concept is so crucial, I warn against the use of base ten blocks until a child has mastered conservation of ten. Otherwise, the tool becomes an abstract source of confusion where children will count three longs but have no understanding of how that actually means thirty.

“Counting on” is also an important step in counting that children must develop. Can they begin counting from a number that was already identified, or do they need to start over to get to the new total? This skill contributes to the development of cardinality and conservation of numbers and will take practice. Giving them opportunities to explore will help. Students’ understanding of numbers is often fragile. If they have mastered four, such as easily knowing how to decompose, subitize, or represent, they may not be able to immediately transfer that knowledge to five. Literature such as Mouse Count offers great examples of counting on.

So why is it so important to ensure primary students have MANY experiences in counting and frequent assessments that check for conservation of numbers? Let me give an example. A 6th-grade teacher I was coaching lamented that teachers in earlier grades never did their jobs and she was spending her own money to buy flash cards to help her students finally learn their facts. After observing the class, I stated that the issue was the students did not know how to count, at which point she exploded with incredulity. She finally agreed to let me model a lesson on graphing which they were working on, but asked me not to do any “baby stuff.”

The next day, we dug in. We started by identifying how many letters were in the first names of students. We graphed the class data in multiple ways, found mean, median, range, etc. I then asked the students to look around at the “name trains” we had created with cubes and tell me how many total letters were in all the first names combined. Their guesses ranged from 50 to 1,000, which definitely suggested some weaknesses in sense-making in these particular 6th graders. The class decided we could count by tens to find the total and we quickly combined name trains at tables into groups of ten. We discovered there were 238 letters collectively. 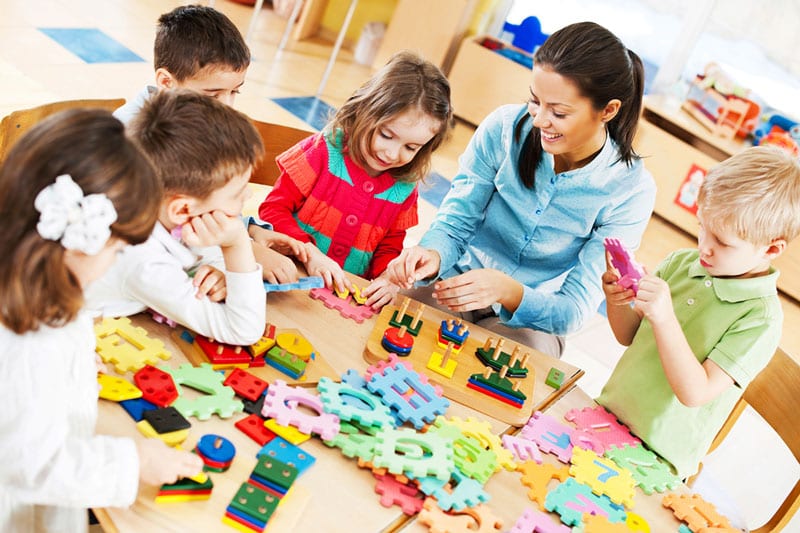 The key question that revealed so much to the teacher was this; if we decide to do this activity again tomorrow, and everyone here is back with the same names, but this time we have to count the total number of letters in our names by ones, would we still have the same number of letters, more letters, or less letters? With the exception of one student, every student insisted that we would have fewer letters because 1 is smaller than 10. These students struggled with conservation of numbers, and this suggests they may also grapple with place value which can greatly impact their ability to calculate operations or access higher-level mathematics. Happily, this 6th grade class began counting wherever they went—the doors they passed going to lunch, the number of steps to PE, bulletin boards in the school, etc. Their scores climbed quickly as they strengthened their counting and cardinality skills.

It is clear that counting may not be as easy as 1, 2, 3, yet providing students real-world experiences and opportunities to meaningfully discuss their findings will certainly put them on a good path.

Interested in learning more about counting and other critical important foundations for math learning? You can explore Lisa’s presentation from the recent NCTM 2019 conference, Tool Time: It’s All About the Connections!, by visiting https://mathsolutions.com/contact-us/speaker-presentations/