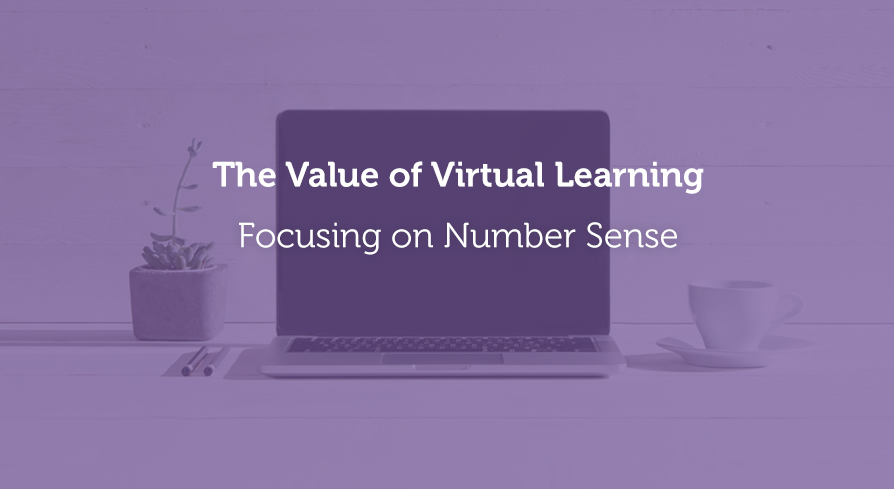 Welcome to the second of several “idea-generating” blogs created to support and ensure successful learning in an environment where school is partially or fully virtual. We know how challenging it can be to engage students in a virtual school environment, and yet how critical it is to do just that.

In this post, Math Solutions’ author Ann Carlyle focuses on how we can make today’s circumstances an opportunity to delve into the power of number lines. She shares how she uses a number line-based game remotely, including insights from her newest Math Solutions publication, It Makes Sense: Using Number Paths and Number Lines to Build Number Sense. Want a chance to win a free copy of this new resource? Keep reading!

I’ve learned that the use of a number line in building number sense can have just as much, if not more, learning power in remote environments as in face-to-face. One of my favorite ways to teach virtually with a number line is through the game, Mystery Number (also known as Guess My Number).

See a version of this game being played in a kindergarten class. As you watch the video, think about how the teacher helps her students grapple with the language of more and less. Note that this footage is a sneak peek of one of the classrooms featured in the best-selling publication, Number Talks: Whole Number Computation by Sherry Parrish.

Recently, I had my preservice students engage in several rounds of Mystery Number. My goal was to help them:

In the version of Mystery Number I chose, I started by drawing an open number line—also referred to as an empty number line—using Zoom’s whiteboard feature. I drew arrows at the ends of the line to indicate that the numbers can extend beyond the range we would be exploring.

An open number line is essentially a “blank” number line with only the ends marked. As students play the game, I mark the number line. Though the marks may not be exactly proportional, together with the number line they create a visual representation of students’ thinking strategies.

In the case of Mystery Number, the open number line helps students think about the magnitude of larger two-digit numbers without having to write each number.

I then asked a student to volunteer a guess, and I responded with a clue. The student guessed 50. I responded, “My number is greater than 50.” Then I marked 50 on the open number line and drew an arrow above it, pointing in the direction of 75 to indicate that the number is bigger than 50. I also recorded ____ > 50.

If I’m playing this game face-to-face, I use sticky notes with arrows, like this:

I then asked for another guess. This time a student guessed 90. Now I marked 90 on the open number line and drew an arrow pointing to the left. I also recorded the expression ___ < 90 under the first clue.

Then I read the expression aloud, “The mystery number is less than ninety.” I added, “It is also greater than fifty.” I asked students to do the same.

I reviewed the clues so far. “The mystery number is greater than fifty and less than ninety.”

Guesses that dramatically reduce the range of possible numbers result in moving the arrows closer and closer together. If you are drawing the arrows on a Zoom whiteboard tool, use a color pen to show the small or giant leaps to narrow the range.

As I facilitated the game, I paused and asked key questions. For example, I asked, “What do we know for sure? Tell how you know.” In this example, students responded: “It could be seventy-four, seventy-five, seventy-six, or seventy-seven. Seventy-eight is too big and seventy-three is too small.”

Once students are familiar with how to play the game, they can play in small groups of four players. Two students think up a mystery number and the other two students collaboratively try to determine the mystery number. I like to have them work in groups of four so the two guardians of the mystery number can make sure they are responding with the correct more or less information. The two players guessing the number can strategize together to determine their next guess. If you are working remotely, they can do this in a Zoom breakout room. In a breakout room, one student determines the mystery number and writes it down on a piece of paper, hidden from the other players. This same student then draws an open number line on their own whiteboard using the screen share feature. Play commences, continuing until the mystery number is identified. Then a new game starts, now with one of the guessers becoming the leader.

There are many interesting ways that students can begin to use the open number line to solve problems they encounter. Some are surprising; in my classroom time with this game I recall experiences like:

Note that understanding which numbers to guess may not be readily apparent to children until they have played the game many times. One of the most efficient strategies for thinking about which number to guess in solving for the mystery number is to choose a number that is halfway across the range of remaining numbers. Often, students guess a number that seems random but is important to them, such as their age or birthday. When size of the range is reduced dramatically and made apparent visually by covering numbers with sticky notes or moving the arrows far across the range of possibilities, children begin to notice how quickly they can eliminate the greatest number of possibilities with one guess. This is an example of strategic and logical mathematical learning based on the thinking that is within the child’s mind. It cannot be taught effectively to students by just explaining or showing. Until this idea becomes apparent to children, they may guess: “Is it one?” “Is it two?” “Is it three?” and so on.

I’ve included these insights and others in my publication, It Makes Sense: Using Number Paths and Number Lines to Build Number Sense. The resource also features three versions of Mystery Number, complete with excerpts of student thinking as well as additional teaching and technology tips. Download the game directions for this version of Mystery Number and give it a try!

We’d love to hear from you! Have you tried using number lines or number paths in your classroom? Inspired to try it? How did it go?

Enter to win a free copy of It Makes Sense: Using Number Lines and Number Paths by sharing your thoughts with us here. Three winners will be drawn randomly on 12/28 and notified via email.

More articles are forthcoming in The Value of Virtual Learning series from our Math Solutions authors. Subscribe to our blog to learn more!