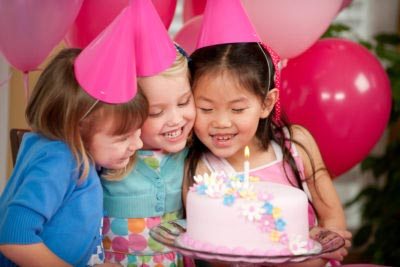 Collect and use data to solve a problem. Use collected data to develop statistical concepts of mean, median, and mode.

Summary of the Book Moira’s Birthday

This book, written by Robert Munsch, is a birthday story created for Moira Green, a girl who lives in Hay River in the Northwest Territories. She asked him to create a new birthday story for her birthday party. In the story, Moira wanted to invite all the students, grades K through 6, to her birthday party. Neither of her parents thought this was a good idea and limited her to six kids. She went to school and invited six, but friends who were not invited begged to be included. By the end of the day, all of the students in grades K through 6 had been included in the birthday invitation. Of course, Moira did not tell her parents because she thought they would be upset. On the day of the party, kids began to arrive, two hundred in all, quickly filling up the house. Moira’s mother worried about the food. Moira told her not to worry because she knew what to do.

Moira called a pizza place and ordered two hundred pizzas. The owner told Moira that was too many and he could only send ten. Moira also called a bakery to order two hundred birthday cakes. The baker also responded that the order was too big and he could only send over ten cakes. The ten pizzas and ten cakes arrived and were quickly devoured by the two hundred kids who came to the party. Still hungry, the kids at the party left to get more food to bring back to Moira’s house. After several hours, they all showed up with food that they promptly ate, leaving Moira with the problem of a messy house, which she solved using the presents kids had brought for her birthday. After all the kids left, the remainder of her orders were delivered and dumped on her front lawn—190 cakes and 190 pizzas.

The story provides the context for thinking about the problems that Moira had with her birthday.

It also provides a context for collecting and using information to estimate how much pizza to order for a birthday party of two hundred kids. The data collected provides a context to introduce the concept of average using mean, median, and mode.

She ordered too much food.

She ordered too much cake.

Too many people came to her party.

She ordered too much pizza.

3. Focus on the problem of too much pizza. Use these and other questions to launch a class discussion about Moira’s pizza order:

4. Following this discussion, let students know that you will help them collect and organize information about slices of

pizza that they eat and use that information to learn about some new math ideas and to solve Moira’s problem.

5. Ask each student to decide how many slices of pizza he or she might eat at a party like Moira’s (or maybe have them consider how many slices their mom might let them eat). Have each student write his or her number of slices on a sticky in writing large enough to be seen across the room. Guide students in posting their data from smallest to largest along one section of the board, like the following example.

6. Using the data lined up in order from smallest to largest, pose the following question:

• What one number do you think is the best to tell about how many slices of pizza each person in our class might eat? Be ready to explain your reasons for choosing that number.

After listening to students’ ideas, let them know that mathematicians also have ways to determine a number to use that would best tell about how many slices of pizza each person in your class might eat, in fact, they have three ways that you’ll talk about today. As you introduce those ways, link them to the ideas students have shared.

Let students know that mathematicians sometimes use the median in a set of data to solve problems. Ask students how they could figure out which response is in the middle of the set of pizza slices data posted on the board. Label the middle piece of data with the word median.

• What estimates could be made about our group using the median in this set of data?

Mathematicians also use the mode to make estimates about a group. Pose the following question about the data:

Ask students for their ideas on how the data could be reorganized to easily show the number of slices chosen most often. Reorganize the data and label the mode. For example:

Let students know they are going to work as a class to figure out how many slices of pizza each person would get if they evenly distributed the number of pieces represented by your data.

Ask each student to take Snap Cubes to represent his or her number of slices of pizza. So if someone chose zero pieces of pizza, he or she would have zero cubes; if someone chose three pieces of pizza, then he or she would have three cubes. Ask everyone to stand and pair up with someone who has a different number of cubes. In pairs, have students make a stack of all cubes from the partnership. Then they should take the cubes and split them into two equal stacks of cubes or as near equal as possible. Continue the process of pairing up with partners having a different number of cubes, combining the cubes, and then splitting them into equal or near equal stacks. Continue the pairing and splitting until everyone has the same or almost the same number of cubes. In this example, students would have either two or three cubes after the process of pairing and sharing.

8. After taking a look at the data and these three statistical benchmarks in the data (mean, median, and mode), ask the following questions:

9. Distribute the newsprint and markers. Pose the following problem for students to work on as a group of four:

How could we use what we’ve found out about our class and the number of slices we’d eat to make a better prediction about the following problem:

What is a reasonable number of pizzas Moira could have ordered to feed the 200 kids at her birthday party?

10. Let students know that in their problem solutions, they need to include the following:

Also, let students know they should be prepared to share their strategies with the class in a whole-class discussion.

11. While observing students at work, decide on a general order you will use to ask students to share their solutions, providing a scaffolded discussion for students that supports access for all students to the variety of ways the problem has been solved. You may want to alert groups that you will ask to present early in the discussion.

12. Call students together for a class discussion of their solutions to the problem. The goal of the discussion is to reach a common understanding of the problem and its solution and to see how solutions compare and how approaches to solving the problem are the same and different. As each group presents, classmates should listen with the following questions in mind:

13. In the course of discussion, revisit the ideas of mean, median, and mode, and help students identify how they used those ideas in their problem solutions.