Number Theory: Differentiating Within a Unit A Lesson with Fifth Graders

All teachers have students with a range of mathematical abilities and understandings in their classrooms. In this lesson, the teacher differentiates three aspects of the curriculum—content, process, and products—as she teaches a unit on number theory. This lesson is excerpted from Math for All: Differentiating Instruction, Grades 3–5, by Linda Dacey and Jayne Bamford Lynch (Math Solutions Publications, 2007). 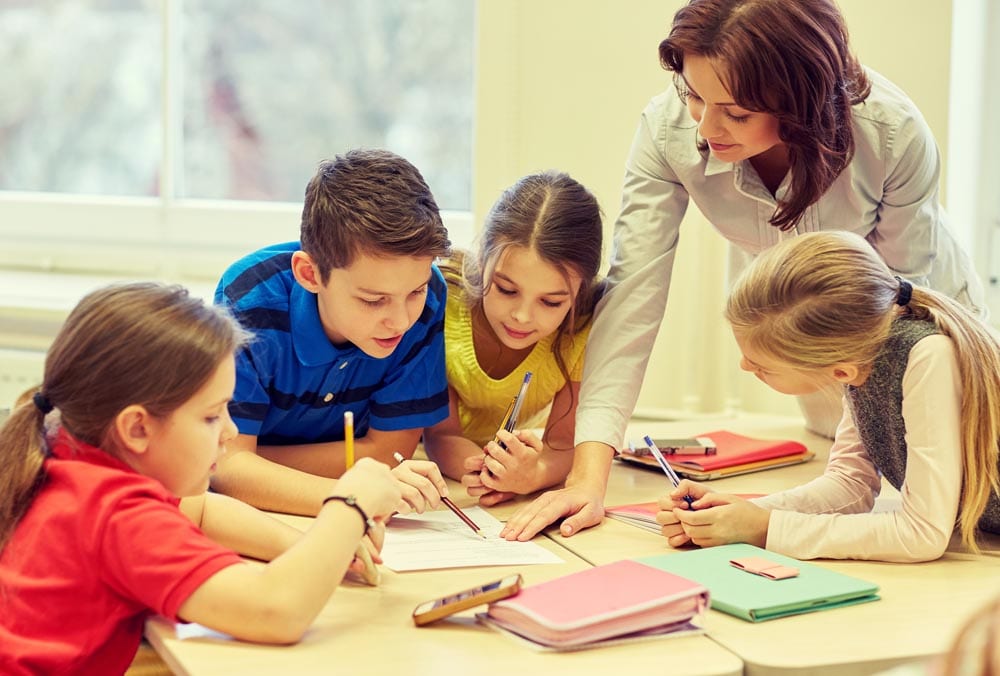 This fifth-grade teacher knows that making connections among concepts and representations is a big idea in mathematics. She wants all of her students to be able to represent and connect number theory ideas. For example, she wants her students to represent square numbers visually by making squares on graph paper as well as to connect those representations to the symbolic notation y = x2 . She believes if students “owned” this connection, they wouldn’t have so much trouble remembering the formula for finding the area of a square.

The teacher will incorporate this idea into the unit, but first, she wants to informally pre-assess her students to find out how they might classify numbers. She wants to know whether they can readily identify “classes” of numbers, such as square numbers, even numbers, prime numbers, and multiples. In lieu of just giving them lists of numbers and having them extend or identify the types of numbers in the lists, she’ll launch the unit with a problem-solving activity. The activity will allow her to get a feel for her students’ common understanding and to identify students who may need more or less support in this area. She’ll observe her students carefully as they work and make notes about their thinking and writing. She’ll be able to use the data to inform the lessons that follow.

She asks students to get out their math journals and pencils and gather in the meeting area. She writes the numbers 4, 16, 36, 48, 64, and 81 on the whiteboard and asks the students to copy these numbers in their journals. She then writes:

Which number does not belong?

She then says, “Use your journal to jot down your ideas. I want everyone to have some time to think. Please don’t share until we have a green light.” As the teacher says this she points to the depiction of a traffic light next to the whiteboard and places the Velcro®-backed star on the red signal. Students are given time to work independently while the room is quiet.

“It’s the four!” Sheila calls out immediately after the teacher moves the star to the green signal. The teacher thinks about asking how many other students agree with Sheila, but as she wants them to eventually find more than one candidate, she decides not to have them commit to this thinking. Instead she asks, “Does anyone think they know why Sheila might think that the four does not belong?” Several hands are raised and others are nodding their heads.

She calls on Tara, who explains, “It’s only one number. The rest are two.”

Dewayne adds, “It’s the only number less than ten; the rest are between ten and one hundred.”

“It’s only one digit; the rest are two-digit numbers,” says Marybeth.

“Wait,” says Melissa, “I got another number answer, too. It’s eighty-one.”

“I want you to hold on to that thought,” says the teacher. “Right now, please write in your journals any other reasons why a number doesn’t belong in this group. Like Tara, Marybeth, and Dewayne, you might find different reasons for why a particular number does not belong. Like Melissa, if you change the rule, you might find a different number that does not belong. You will have about ten minutes. You can work on your ideas the whole time or, if you finish early, find a partner who has finished and share. Some of you might find rules to eliminate each of the numbers, one at a time.”

Already, the teacher has heard minor variations in the students’ thinking. Tara seems to recognize a visual difference in the numbers, while Marybeth uses more formal language to describe this attribute. Dewayne refers to the value of the numbers and Melissa is willing to verbalize another possibility. The teacher looks around and sees everyone has spread out a bit and begun to think and write. After a couple of minutes, she notices that a few of the students have stopped after writing about the number four. She quietly asks them if they remember Melissa’s number. Some do and others need to be reminded, but with a bit of coaching, all are able to identify eighty-one as different because it is an odd number.

After almost ten minutes the teacher notices that all but two of the students are talking in pairs about their work. She gives them a one-minute warning and when that time has passed,they huddle more closely and refocus as a group. The teacher asks them to draw a line under what they have written so far, and then to take notes about new ideas that arise in their group conversation. As the students share their work, several ideas related to number theory terms and concepts are heard. Jason identifies the square numbers in order to distinguish forty-eight from the other numbers. Judy also refers to square numbers when she eliminates sixteen as “the only number that is the square of another number in the list.” Naomi tells the class that eighty-one is different because it is not divisible by four. Most interesting to the teacher, Naomi also says, “All of the other numbers are even, but they have to be if they are multiples of four.” After each comment there is a short conversation. Sometimes the teacher asks another student to restate what has been heard, or to define a term, or to come up with a new number that could be included in the list to fit the rule.

Each time, the teacher makes sure there is time for students to take some notes and that the majority of them agree that the classification works. She secures their agreement as she points to each number in the list and says, for example, “Is this a multiple of four?”

Two students use arithmetic to find a number that is different. Benita’s work is the most complex. She identifies eighty-one as different because “you can’t get there with just these numbers.” She explains her work further by writing the following equations on the board:

While students do not experience this activity as a pre-assessment task, it does give the teacher some important information that she can use to further plan the mini-unit on number theory. She can determine students’ willingness to think divergently, to come up with different possibilities for the same number. She has an indication of their understanding and comfort level with concepts and terms such as factors, multiples, divisible, primes, and square numbers. With students’ written work, she can determine the ideas and terms they included prior to the group debriefing. She can also gather evidence as to whether the students’ notes are accurate and complete, contain their own additional ideas, or include drawings, lists, and definitions.

From this information she can decide how to adapt her content for different students. The complexity of ideas can vary. Some students can reinforce ideas introduced through this activity, while others can investigate additional ideas such as triangle numbers, cubic numbers, and powers. She can have some students explore ideas that will allow them to complete or create if-then statements such as “If a number is a multiple of six, then it is a multiple of _______.”Divisibility rules and common multiples can be used to solve problems and relationships can be generalized through algebraic equations.

Once content variations are determined, process is considered. Some students can draw dots to represent square and triangular numbers so that they have a visual image of them while others can connect to visual images of multiples and square numbers on a hundreds chart. (See Figure 1.)

Figure 1. Visual images of four on a hundreds chart and square numbers on a multiplication chart.

The teacher can create some packets of logic problems, such as the one that follows, that require students to identify one number based on a series of clues involving number theory terminology:

What is my locker number?

It is an even number.

It is divisible by 4.

Another packet could offer brainteasers that involve clues about remainders:

(You might want to get some chips to help you model the pennies.)

Some students could write rap lyrics to help them remember the meaning of specific terms. Other students could play a two- or three-ring attribute game with number theory categories as labels; they would then place numbers (written on small cards) in those rings until they could identify the labels. A learning center on codes could help students explore how number theory is related to cryptology. The teacher could think about pairs of students who will work well together during this unit and identify subsets of students that she wants to bring together for some focused instruction.

It’s not necessary, or even possible, to always differentiate these three aspects of curriculum, but thinking about differentiating content, process, and products prompts teachers to