One Pizza, One Penny

K. T. Hao’s One Pizza, One Penny (Cricket Books, 2003) is the story of the friendship between Ben Bear, famous for his mouth-watering pizzas, and Chris Croc, whose delectable cakes are the tastiest in the world. The two friends love sharing their food with each other, until one day they both decide to make money from their specialties, causing problems between them. Rusty Bresser used this book with fourth-grade students as a context for estimating and judging the reasonableness of whole-number computations. Rusty’s forthcoming book, Math and Literature, Grades 4–6, Second Edition, was published by Math Solutions Publications in fall 2004. 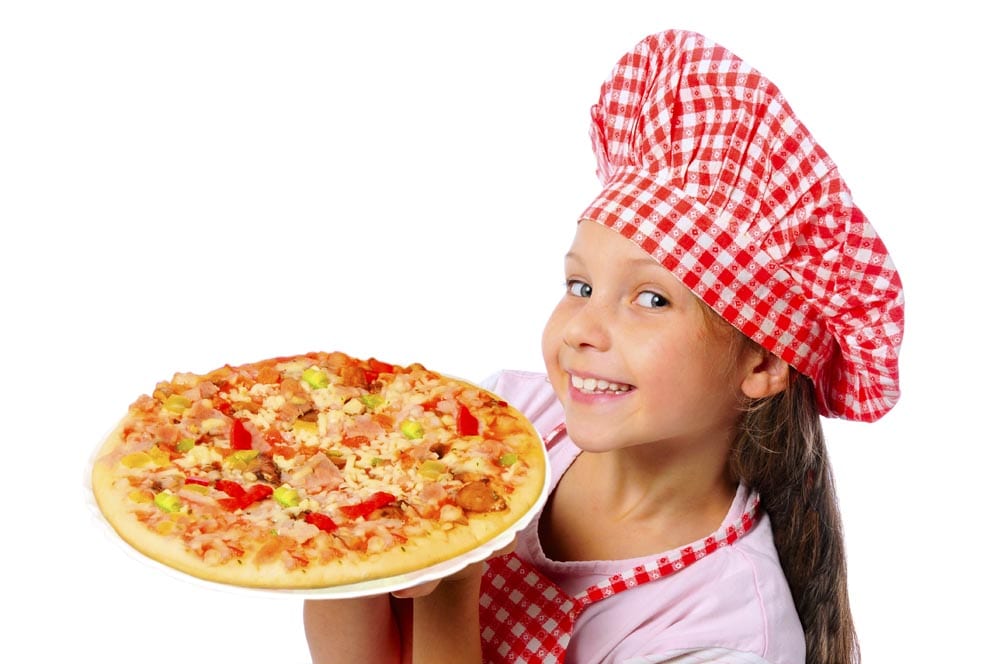 I was a little less than halfway through reading K. T. Hao’s One Pizza, One Penny to Robin Gordon’s fourth graders when I read what Ben Bear was thinking: “If Chris Croc can sell his cake, my pizzas can bring me a fortune! If each slice sells for one gold coin, and if I can sell 10 pizzas a day . . . that’s 80 slices . . . for 365 days a year . . . .” I stopped reading and posed a question.

“How many slices are in one of Ben Bear’s pizzas?” I asked. I gave students some quiet think time before asking them to turn to their partners and share their thoughts. After partners had discussed their ideas, I called them back to attention.

“I think there are eight slices in each of his pizzas,” Marcos said.

“How did you figure that out?” I asked.

“Thumbs up if you agree, thumbs down if you disagree, and thumbs sideways if you’re not sure,” I directed. Almost everyone’s thumb was turned up in agreement. I wrote 10 x 8 = 80 on the board.

“Any different ideas?” I asked.

Karen said, “I used division. It’s eighty slices divided by ten pizzas and that makes eight slices in each pizza.” I wrote 80 ÷ 10 = 8 on the board and acknowledged that there were indeed different ways to solve the problem.

Then I finished reading the book. The students enjoyed the colorful illustrations by Giuliano Ferri and were happy when Chris Croc and Ben Bear solved their problem of being hungry by buying food from one another, passing the one gold coin back and forth until there were no pizzas or cakes left.

I returned to the page where I had previously stopped to pose a problem and wrote on the board:

“What would you have to do to figure out how many coins Ben Bear could earn in a whole year?” I asked. I waited a few seconds and then called on Daniel.

“Multiply by each day,” he said. “You’d have to do three hundred sixty-five times eighty.”

“Why multiply?” I probed.

“Make sense?” I asked the class. The students nodded in agreement.

“Other ideas?” No one raised a hand, so I continued.

“I’m going to show you some numbers,” I said. “One of the numbers is close to, but not the exact answer to, three hundred sixty-five times eighty.” I then wrote on the board:

Next, I asked the students to estimate which number they thought would be closest to the exact answer. With a show of hands, we discovered that 10 students thought 2,500 coins was closest, 10 students thought 30,000 was closest, 4 estimated 1,000,000, and no one thought 500 coins could be possible. I then gave students some time to talk with their partners about the reasonableness of the estimates. After a minute, I asked for their ideas.

Belinda said, “I think five hundred couldn’t be closest to the answer because three hundred sixty-five times two is more than five hundred.”

“What’s three hundred sixty-five times two?” I asked the class. I gave the students a few seconds to think, then called on Jesus.

“So five hundred isn’t reasonable,” I said. “What about some of the other numbers?”

“A million is way too big!” exclaimed Marco. Everyone seemed to agree.

“What about twenty-five hundred?” I asked. “Reasonable or not?”

“So the only choices we have left are thirty thousand and three hundred fifty thousand,” I said. Next, I asked for a show of hands to find out what students’ estimates were now that they’d had a chance to hear different ideas. This time, everyone thought that the exact answer was closest to 30,000, except for Henry, who stuck with 2,500.

“To find out the exact answer to three hundred sixty-five times eighty, what can we do?” I asked.

“Use a calculator!” suggested Amber.

“OK, we’ll have Amber get a calculator and see what she finds out,” I said. “Anton, you can explain how you got the answer in the meantime.”

After Anton explained how he figured the answer using the standard algorithm, we checked his result with Amber. We didn’t spend time exploring other ways to find the exact answer because the focus of the lesson was on using estimates to think about reasonable answers, not exact ones. When Anton and Amber reported the answer—29,200—I ended the lesson by asking the students which number was closer to the exact answer: 30,000 or 350,000.

This lesson gave students opportunities to estimate and think about the reasonableness of answers, both of which help build students’ number sense.