A Lesson with Seventh and Eighth Graders 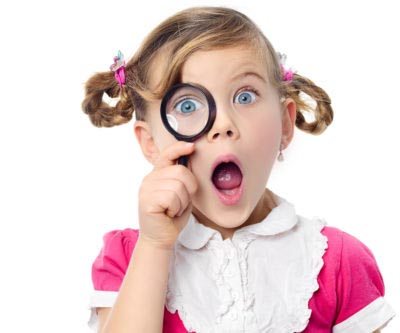 Nancy Anderson’s middle school students had prior experience studying ratios and proportions: they were familiar with the concept of a ratio as a comparison of two measures; they had solved problems that required them to determine which two measures to compare and to reason about how they compared; and they had used the process of scaling ratios up and down to create equivalent ratios to solve a particular problem. Now Nancy wanted to give her students additional experiences in solving open-ended, multi-step problems using ratios and proportions.

As a springboard for this lesson, Nancy used the book The Incredible Shrinking Teacher (Scholastic, 2002), by Lisa Passen. After an unfortunate accident in the kitchen, Miss Birmbaum, the protagonist, begins to shrink. She keeps getting smaller and smaller, eventually shrinking to the size of a tiny fish, before returning to her normal size. At one point in the story, Miss Birmbaum, having shrunk to the size of a hamster, winds up in a hamster cage and must run on the hamster wheel all night long to evade the hamster’s grasp. This lesson helps middle school students explore ratios and proportions as they figure out the distance Miss Birmbaum ran.

After reading The Incredible Shrinking Teacher aloud to my eighth-grade students, I turned back to the page that shows the teacher running on the hamster wheel and reread the line “Miss Irma Birmbaum ran the entire night.”

“Why do you think I brought your attention to this particular line?” I asked the class.

Andrew replied, “You want us to figure out how far she ran!”

“Yes, that’s exactly the question I had in mind,” I replied.

I asked the students what decisions they would have to make in order to answer this question. Sam said, “The book says she ran until the morning. We’ll have to decide how many hours she ran.”

Maura said, “We’ll have to decide what her pace is—how far she walks in a second or in a minute.”

Tammy said, “We’ll have to decide on how big the hamster wheel is.”

“Those are all important questions you’ll need to explore to solve this problem,” I responded. Then I passed out materials—pieces of 8.5-by-11-inch cardstock, scissors, tape, and calculators—to each table of four students. In addition, I provided students with the formula for the circumference of a circle (C = πd), which I anticipated they would need if they chose to find the distance for one rotation of the hamster wheel. And I provided them with the conversion from feet to miles (5,280 feet = 1 mile), which I thought might be helpful to students when choosing an appropriate unit for the distance.

I told the class, “Work as a group to figure out how far Miss Birmbaum ran. You and your group need to be ready to explain how you determined your answer. Each group member should take his or her own notes. Tomorrow your group will create one poster that shows your method, step-by-step, and your solution.”

As soon as I said, “OK, go ahead and get started,” the room erupted with talk. Students were excited about sharing their ideas with their group members. I had wondered whether the students would be deterred by the open-ended nature of the question, but instead, they were intrigued by the challenge of using the contextual clues in the book to make decisions and were confident when defending their decisions to their peers.

Some students decided the “entire night” was twelve hours, or half the length of one full day. Others used eight hours, the typical length of a full night’s sleep. Still others used clues from the book to determine the length of the entire night. One student said, “We estimated that she started running at 8:30 P.M. because of the troubles she had before hitting the wheel. Since elementary school usually begins around 8:30 A.M., we decided she ran for twelve hours.”

The groups had a variety of different methods to determine the teacher’s pace. One group estimated that a person’s legs are half of the length of her entire body. They used the picture of Miss Birmbaum standing by the hamster cage to estimate that she was 7 centimeters tall, so her legs would be 3.5 centimeters long. They used this to make a two-dimensional model of her pants and used the pants to find the length of each of her steps. By this process, they figured her pace was 2.5 centimeters per step. This group then figured out how many steps Miss Birmbaum could take each minute and scaled up to find the total distance she walked in the entire night.

Another group used the ratio of a student’s height to pace to estimate Miss Birmbaum’s pace.

This group measured one student’s height and pace (in centimeters per second). They estimated Miss Birmbaum’s height using the pictures in the book and scaled down to estimate her pace at 1.3 centimeters per second. But this group was confused about how to proceed. They estimated that Miss Birmbaum was running for twelve hours and they had determined her pace, but they didn’t know what to do with those two pieces of information.

I asked them, “If she ran one and a third centimeters per second, can you use this to figure out how far she would run in one minute?”

Marji said, “Yeah, we can do one and a third centimeters times sixty.”

“Now that you know how far she runs in one minute, what else can you figure out? What do you know about minutes and hours?” I asked.

Billy said, “There are sixty minutes in an hour, but is it times sixty or divide sixty?”

I said, “It does get confusing, doesn’t it? But that’s why ratios are helpful—they help us organize the numbers we get when we are comparing and scaling measurements. Why don’t you write a ratio for the distance Miss Birmbaum ran in one minute and think about how to use that to find the distance she ran in one hour?”

Rather than determine Miss Birmbaum’s pace, other groups chose to determine the circumference of the wheel. Students used the pieces of cardstock to create models of the hamster wheel and used their own experiences with pet mice and hamsters to determine the wheel’s size. The students used the formula C = πd to estimate the length of one full rotation of the wheel. These groups then used a variety of methods to determine the time needed for one rotation of the wheel. Some groups rolled the wheel along the desks and counted the time. Other groups made a model of the shrunk Miss Birmbaum and moved her along the wheel, counting the seconds as they did so. Once each group had determined a rate of rotations per unit of time, they used a variety of proportions and/or multiplication number sentences to scale up to find the total distance Miss Birmbaum ran.

At the start of class the next day, I passed out one piece of 18-by-24-inch newsprint to each group. I said, “Use your notes from yesterday to create your poster. As you create your poster, remember that we should be able to look at each other’s posters and know what strategies each group used, why they used those strategies, and how they moved from one step to the next until they found an answer for the distance Miss Birmbaum ran.”

After approximately fifteen minutes, I explained to the students that we would now do a gallery walk to see each other’s methods and solutions. (See Figure 1 for an example.) I said, “As you examine each poster, think about the decisions that each group made and the steps that they followed. Also, compare their methods to your own. What’s the same and what’s different?”

At the end of the gallery walk, I said, “As you noticed, we all got different answers. I wonder what the range of our answers is? Can one member from each group come up and post your answer for how far Miss Birmbaum walked?”

Sam said, “Two miles is the greatest, then it’s one and thirty-six-hundredths of a mile, since all of the other numbers are less than five thousand two hundred eighty feet, which is one mile.”

Figure 1. This group used estimation, equivalent ratios, and multiplication to solve the problem.

I said, “Yes, they are certainly very close,” and wrote 0.95 mile ≈ 5,250 feet on the board. Students were already familiar with the ≈ symbol for “about equal to.” I focused students’ attention on the least and greatest distances, 1⁄3 mile and 2 miles. I said, “I wonder what decisions these groups made that led to such different answers.” I asked students who were not in those groups to predict the others’ reasoning.

Tomas said, “I think they used different numbers of hours for the night.” But members of the two groups confirmed that they each used ten hours.

Kristen said, “I think they used a different walking rate.” I asked the groups to tell us their walking rates.

Lana, a member of Group A, said, “We used the wheel and we estimated that the circumference was nine inches and that it would take her fifteen seconds to go around once.”

Sochea, from Group B, said, “We made a wheel, but we said its circumference was eighteen inches and that it would take her five seconds to run around the wheel once.”

I asked the students, “How many times greater is two miles than one-third mile?”

I asked, “How many times greater is Group B’s walking rate compared with Group A’s? Work with your group members to figure this out.”

After a few minutes, I called on Janie, who said, “I think it’s about six times bigger. I scaled up the ratio eighteen inches every five seconds to fifty-four inches every fifteen seconds.”

I wrote this on the board:

I said, “Where do you see ‘six times faster’ when you look at these rates? Let’s all take a moment and talk about that in our groups.”

After a few moments, I called on Jorge, who said, “Nine times six is fifty-four. So the rate for Group B is six times faster.”

I responded, “So that’s why Group B has an answer that is six times greater. Why do you think Janie scaled up the rate of eighteen inches per five seconds in order to compare the rates?”

Mandy said, “It’s easier to compare when the time is the same. That way you can see how much farther Group B thinks she runs in the same amount of time.”

We concluded the lesson by summarizing that we had many different methods and answers. Students were comfortable applying their understanding of ratios to an open-ended problem for which there were many decisions to be made. The variety of answers to the problem provided additional opportunities to make sense of and use ratios to compare and justify the differences in groups’ data and results.