Nancy Packard, a retired classroom teacher from Nebraska, wrote to us about her concern that her third-grade students both memorized the multiplication tables and also understood what they were memorizing. She shared with us what she did in her classroom to accomplish this. 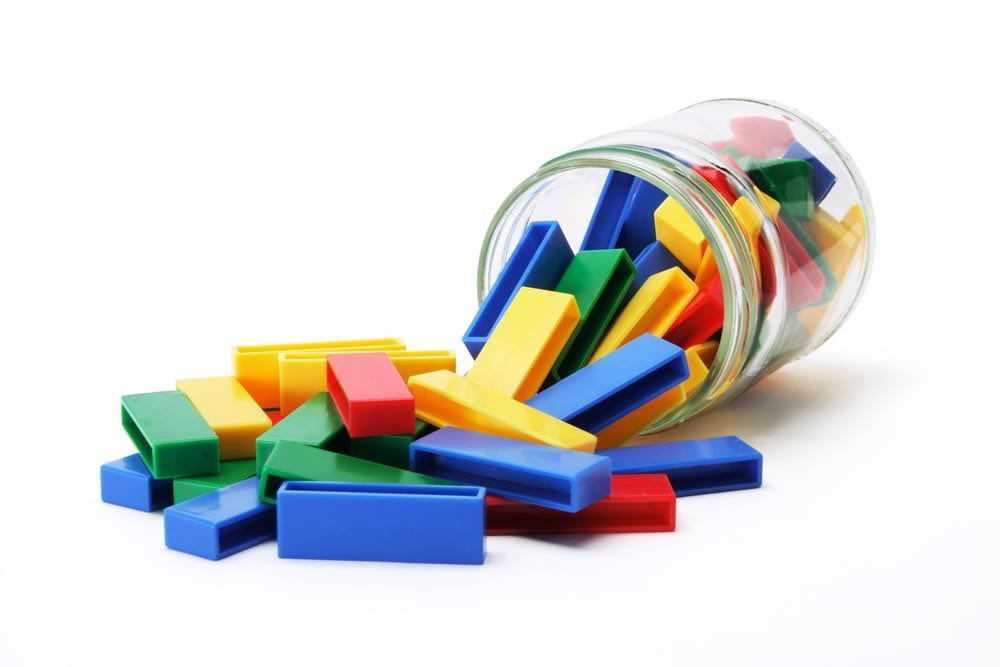 I prepared a baggie for each pair of children, each with one hundred identical objects such as cubes, milk jug lids, pennies, beans, tiles, and so on. For several days, the children used these materials to build different-size arrays. For instance, I’d ask them to build a row of four, six times, and walk around the room, checking that they each did so correctly. Then I’d ask them to build a row of three, eight times; a row of five, two times; and so on. I made sure that the children arranged the rows of objects directly below one another, so that they created rectangular arrays.

After several days, when the children were comfortable building arrays, I included zero and one in my directions. For example, I asked them to build a row of seven, zero times. After the giggles subsided, we talked about why they had no objects on their desks. Then I’d ask them to build a row of six, one time; a row of zero, four times; and so on. From following these directions, the children had no difficulties understanding the special multiplication properties of zero and one.

After they had experience building arrays, the students made flash cards on 3-by-5-inch index cards, using the arrays to check the solutions. For example, when working on the threes, children would build arrays with rows of three objects. For each array, they would record the problem on one side of the index card. Then they would count the objects and write the problem again, this time with its answer, on the back of the card.

I did one example to model for the children what they were to do, writing the instructions on the board as I made the array and recorded on the flash card:

Each child built arrays and made flash cards for all of the multiplication facts. As the students became proficient in counting the arrays, I encouraged them to touch just the last object in each row and count in multiples. They used their flash cards to help them practice, always building an array when they weren’t sure of the answer. The children also recorded the problems on a grid and crossed out the rows of facts as they mastered them.